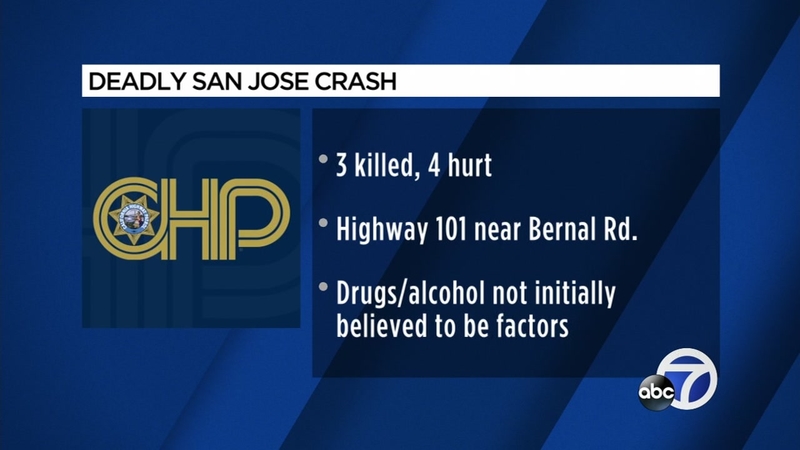 The CHP said the crash involving a 2001 Chevrolet Yukon SUV happened at about 11:11 p.m. at the freeway's junction with Bernal Road.

All three who suffered fatal injuries to this point were pronounced dead at the scene, according to the CHP. Their identities have not been released.

There is no update on those injured in the collision.