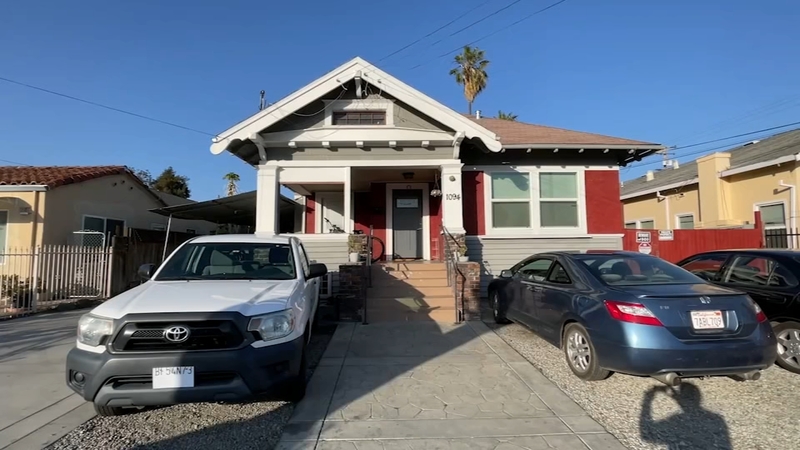 The victim's uncle Rene Aaron Hernandez-Santos, and grandfather Rene Trigueros Hernandez were charged on Wednesday in the death of Arely Naomi Proctor.

Police say the victim's mother, Claudia Hernandez-Santos, was arrested and formally charged with child abuse leading to the death of the victim back on Jan. 31, 2022.

On Sept. 24, 2021, police responded to a report of a child death at a home with a makeshift church called Iglesia Apostoles y Profetas located on the property, according to court documents obtained by our news partner, the Mercury News.

She was taken to a local hospital, where she was pronounced dead.

According to court records, Hernandez told police she believed her daughter was possessed because she would "wake up and scream or cry periodically." She and her brother brought the child to the church on Sept. 24 where they were joined by a pastor to perform an exorcism, the Mercury News reported.

All three are accused of forcing the girl to vomit, while squeezing her neck, believing it would drive spirits from her body.

After the arraignment, Deputy District Attorney Rebekah Wise spoke about the abuse the two men and Claudia Hernandez are accused of inflicting on the child.

"Arely Doe was strangled multiple times to the point of unconsciousness. Arely Doe had fingers shoved down her throat to the point where she had multiple injuries to her mouth and to her tongue," Wise said, "Arely Doe had pressure put on her body, on her torso from the front and back with so much force applied that she lost consciousness. She was held against her will and she struggled against her abusers the whole time. This abuse lasted over 12 hours."

Hernandez was arrested Jan. 31 of this year, months after the 3-year-old's death.

The girl's uncle and grandfather were arrested Wednesday all charged with felony child abuse causing death.

The San Jose Police Department explained the delay in the arrest of the two men.

"As the full coroner's report was released very recently, we received additional facts and details which I can't go into at this time. But that was enough to implicate the grandfather and uncle in the case," Officer Steve Aponte with the department said.

If convicted all three suspects face 25 years to life in prison.

Days before her January arrest, Hernandez posted a video on YouTube and spoke in vague terms about her daughter's death.

"I was there, I know what happened to her," Claudia Hernandez said in the YouTube video. "One thing I'm not going to do is lie about how she passed away. When I tell you guys how she passed away and the people that know, I've been 100 percent honest."

This San Jose church is also part of another shocking case still being investigated.

It's the location the family of 3-month-old Brandon Cuellar met the woman suspected of orchestrating his April kidnapping.

Deputy DA Rebekah Wise said Thursday, following a court date with the two suspects in that case, that both investigations are being looked at separately.

The girl's grandfather and uncle are being held without bail, they go back to court on May 19.

All three suspects are going to appear before a judge on June 13.

Associated Press contributed to this report