A young man police said was responsible for a fatal drunk driving rampage in south San Jose made his first appearance in court on Wednesday.

SAN JOSE, Calif. (KGO) -- A young man police said was responsible for a fatal drunk driving rampage in south San Jose made his first appearance in court on Wednesday.

The suspect said very little in court, but kept looking over to his family and friends in the gallery.

Officials said that he was driving on a suspended license at the time of the accident.

A make-shift memorial stands as a reminder of a senseless act off Senter and Singleton roads in south San Jose. "It is an unfortunate and tragic reminder of the consequences that can come from driving under the influence of alcohol," Santa Clara Deputy District Attorney Quinn Nichols said.

The Santa Clara County Hall of Justice prosecutors charged Carlos Villalobos, 19, with a felony count of vehicular manslaughter, three misdemeanors related to hit-and-run and another misdemeanor for driving on a suspended license.

The judge set bail at $265,000. "The high amount of bail is indicative of the court taking the matter as serious as it deserves to be taken," Nichols said.

Police said Villalobos was behind the wheel during a drunk driving rampage that lasted nearly 1.5 miles starting at a Denny's parking lot near Tuers Road and Capitol Expressway and eventually ending at an intersection near Andrew Hill High School.

There were multiple crime scenes, with a total of six cars being struck.

Carlos Manrique Torres, 36, of San Jose died at the scene.

The victim's family is currently in touch with representatives from the district attorney's office. "They actually had an opportunity to sit down with the victim's wife, explain the process, describe what was going to happen next, the circumstances of the case and really just answer any questions they might have," Nichols said.

Family and friends of the suspect who were in the courtroom declined to speak on-camera, saying they were there to show their support.

Villalobos will return to court in January. 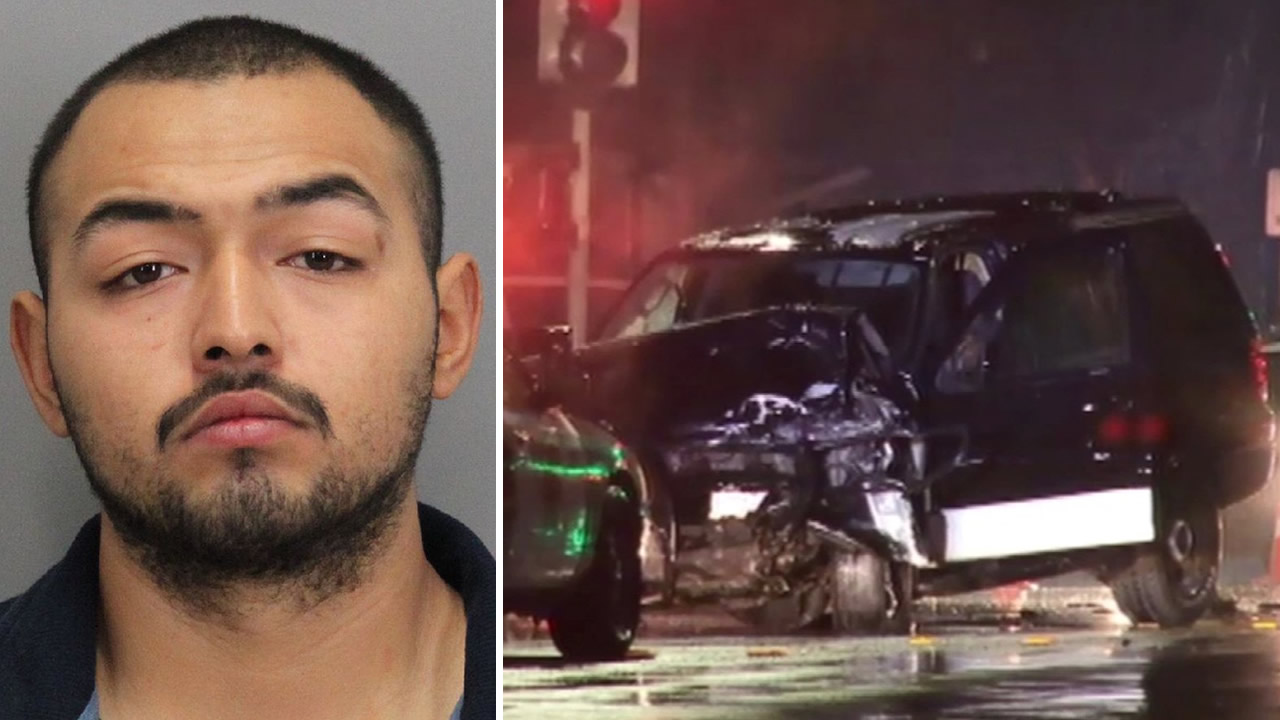