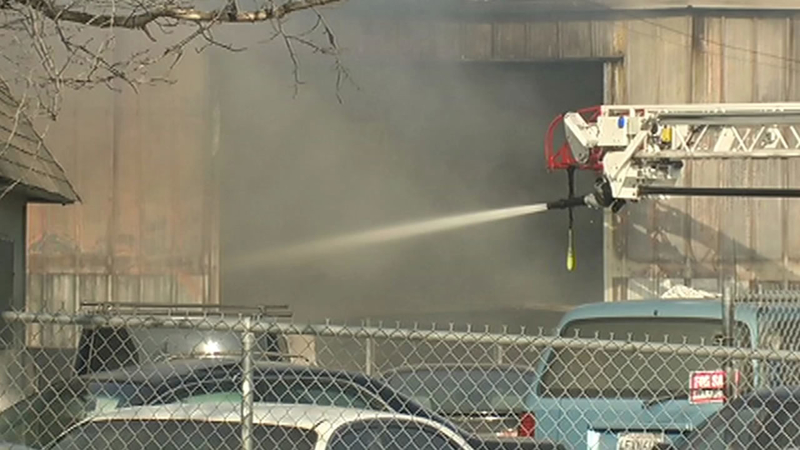 SAN JOSE, Calif. (KGO) -- A fire is still smoldering in San Jose Saturday night. Two businesses were destroyed there Saturday. The smoke so thick, it traveled for miles, prompting some evacuations.

Getting inside to fight it was impossible.

The owner of a car audio shop lost everything, including several classic cars stored there. He didn't want to go on camera, but said, "we probably had a million dollars in product, up in smoke. "

The smoke from burning car upholstery was possibly toxic, prompting voluntary evacuations for those living nearby.

A lighter shows which way the wind is blowing. Saturday morning, it was blowing east into the Trailer Tel RV Park, about 100 feet from where the fire started.

"It was scary just watching it. Smoke was so thick, like a giant smoke cloud marching through," said Robin Campbell of San Jose.

Campbell sheltered in place for a time.