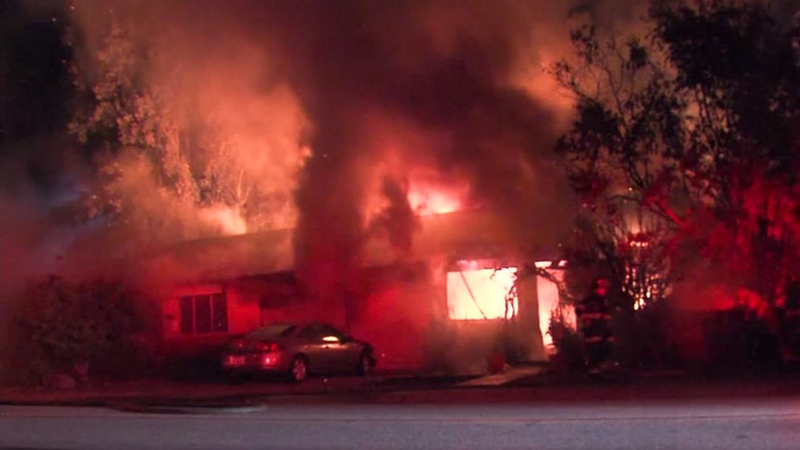 SAN JOSE, Calif. -- A two-alarm fire at a duplex in San Jose has been knocked down, but firefighters will remain on the scene throughout the morning to search for any hidden fire extension, fire officials said.

Crews were in rescue mode, but confirmed that all three of the unit's occupants along with one pet got out on their own.

Fire crews knocked down the fire at 1:31 a.m. No injuries have been reported. The origin and cause of the fire are under investigation.

San Jose duplex on Cypress Ave destroyed by fire overnight. It was for sale with a listing price of $799k. pic.twitter.com/2GJRF5bwqo