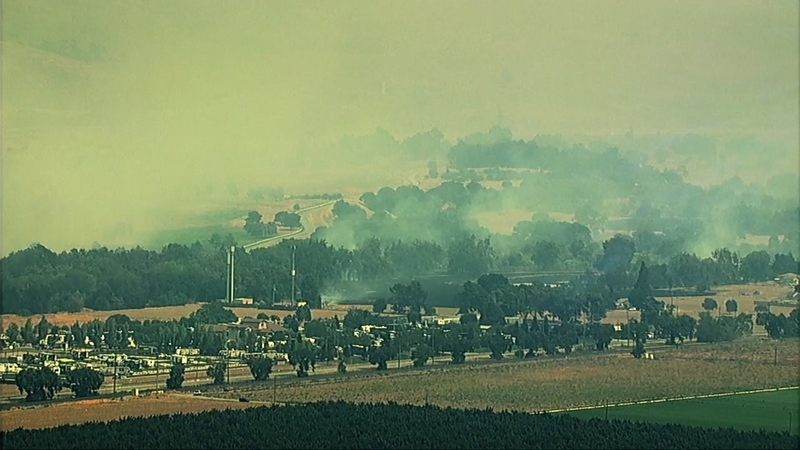 40 acres were burned between the four blazes.

One of those fires was spreading rapidly involves structures, officials told ABC7.

RELATED: This mask is good for smoke, bad for COVID-19: Here's the fix

Another firer sparked near the 8400 block of Monterey Road, according to the San Jose Fire Department.

Monterey Road is currently closed in both directions at Bailey Avenue and Metcalf Road because of the fire, officials said.

CAL FIRE told ABC7 that another fire, estimated at 15-20 acres, is spreading at a rapid rate and that "multiple" structures are involved.

This fire is near Monterey Road at Coyote Creek Golf Drive in Morgan Hill.

This fire is being handled by San Jose and South Santa Clara Fire District.

The four fires are separate, but are near each other, officials told ABC7.