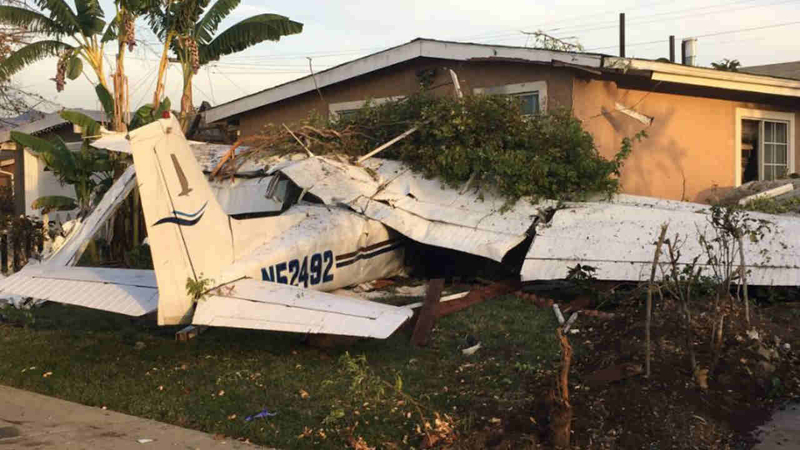 Authorities say it started having problems almost immediately after takeoff from Reid Hillview Airport around 3 p.m. The plane crashed into the garage of a home on Evelyn Avenue.


BREAKING: plane crashes into house in #SanJose. 3 people taken to hospital. Hear from a witness and firefighters at 5 on @abc7newsbayarea pic.twitter.com/4yxWvPJXbp

Witnesses described hearing what sounded like a lawnmower. They saw the plane flying very low and it appeared the pilot was struggling to control the aircraft.

Three people were inside the plane. They all survived but were badly injured. They were taken to area hospitals.

Witnesses described hearing what sounded like a lawnmower before this small plane crashed into a home in #SanJose. 3 injured. #abc7now pic.twitter.com/8WQiGR4v0F

Thirteen people live inside the home that was hit, including young children. None of the residents was injured. They are displaced while police and the FAA investigate. The Red Cross is helping them find a place to stay.