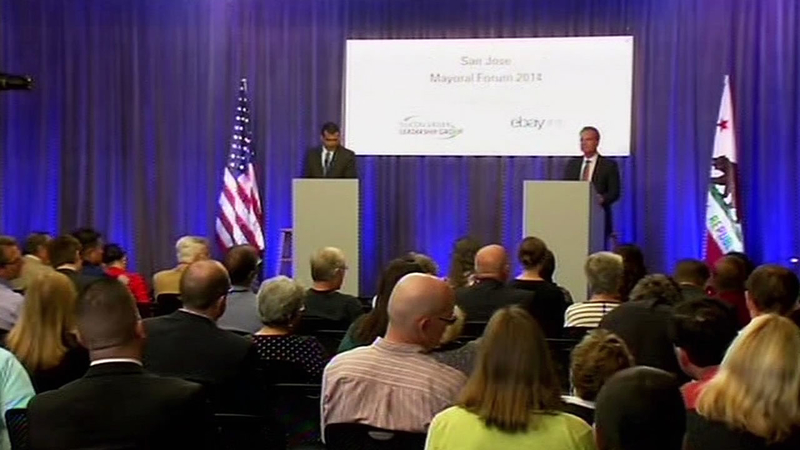 SAN JOSE, Calif. (KGO) -- In San Jose Monday night, two men hoping to become the city's next mayor faced off in a forum hosted by eBay and the Silicon Valley Leadership Group.

But according to former San Jose Mayor Ron Gonzales, the real issue in this mayoral race is public safety. He said, "The person who can demonstrate the leadership in bringing San Jose back, at least close to its status of the 'Safest Big City in America' is going to win the vote."

San Jose residents will be receiving mail ballots as early as next week, so candidates will be doing as many forums and door knocks as they can in the weeks leading up to election day.