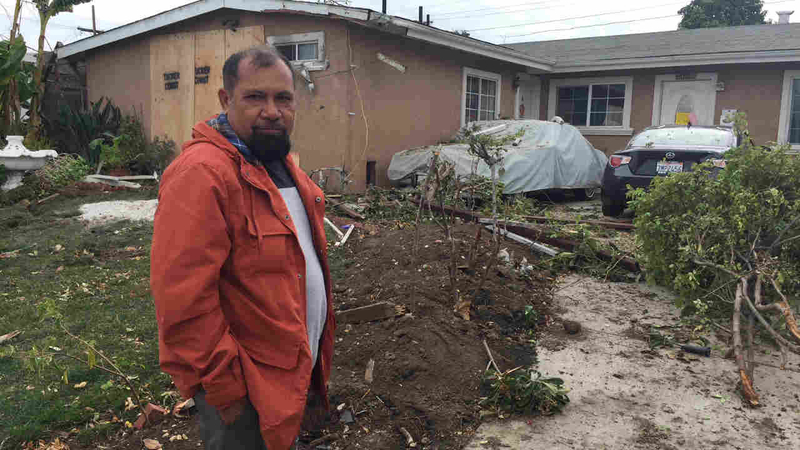 SAN JOSE, Calif. (KGO) -- Juan Gonzalez looked over the remains of an arbor that once framed the driveway of his east San Jose house. It was planted with rose vines.

He credits it with breaking the impact of the Cessna 172 single-engine plane that crashed into the converted garage of the house where he and his family have lived since 1995.

Gonzalez's three adult children, a daughter and two sons, were home at the time. But the family that rents the apartment in the converted garage had just left minutes earlier to run an errand.

That family's 11-year-old son had wanted to stay behind, but decided at the last minute to go. A total of 13 people live in the house.

No NTSB investigators were on site Monday at the Evelyn Avenue house near Reid Hillview Airport, but Gonzalez confirmed that they were on scene Sunday night, hours after the 3 p.m. crash.

A San Jose Fire spokesman said that the pilot had reported a problem on take-off and was attempting to circle back to land. The NTSB has not yet responded to a request from ABC7 News for an update on the investigation.

Three unidentified people were on board the Cessna; all three were hospitalized, two initially said to be in critical condition. The registered owner of the plane was not available for comment.