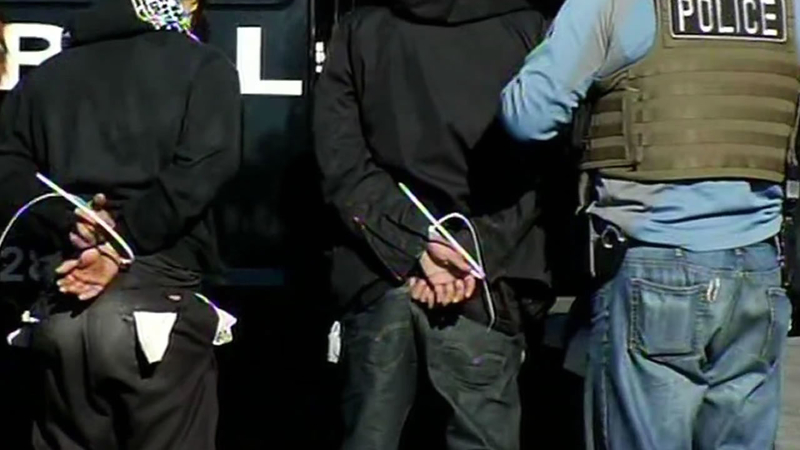 SAN JOSE, Calif. (KGO) -- There has been a sudden spike in gang-related crimes in San Jose that is particularly disturbing because violence had been declining before we hit the summer. Police have just launched a new tactic designed to take back some problem streets.

Summer time in San Jose tends to bring a spike in crime and violence.

"It's like during and throughout the day, 24/7, it could be in the morning and somebody's robbing somebody, or... it's just really bad," San Jose resident Nancy Avina said.

Because of the constant violence, the San Jose Police Department has launched a gang suppression staffing model, put into effect over the past weekend. Police tell us they'll be implementing enforcement efforts in five different areas throughout the city, including certain spots downtown and in East San Jose.

"Anytime you can saturate their area with law enforcement officers, to proactively go after these criminals, these gang members, it's obviously going to have a positive impact on the community," San Jose police spokesperson Ofc. Albert Morales said.

Some officers normally assigned to SWAT or metro will also be assisting with additional patrols with the goal of being highly visible to help deter more crimes from happening. City leaders are encouraged by the department's efforts.

"There's a lot of good work being done by officers out on the street, to suppress violence in this city. I think it is important that we not overlook that, and at the same time, that we be very vigilant when we see spikes in activity as we have in the last two weeks," San Jose Mayor Sam Liccardo.

Some residents also agree, praising the work police do, despite their limited resources.

"They're organizing, and sort of trying to contain it in these areas, and they're taking some action, and when gang violence surfaces, well they do something,"' San Jose resident John McCullough.