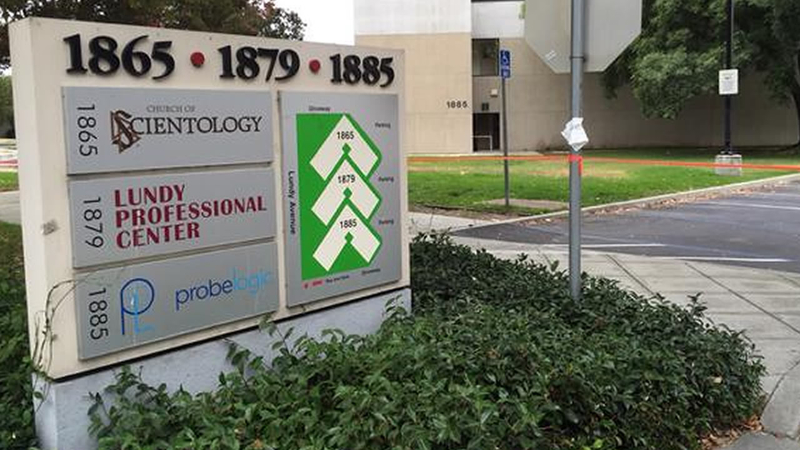 SAN JOSE (KGO) -- San Jose homicide detectives are investigating the death of a man whose body was found inside an office building in an industrial park on Lundy Avenue.

Police say the victim is a man in his 30s and they have been talking to witnesses, but so far there have been no arrests.

A business is an unusual place to find a homicide victim, especially on Lundy Avenue in San Jose. People say late hours are rare for workers in the office building where several different types of businesses are located.

A man with at least one gunshot wound was found inside just before 1 a.m. Thursday. He was taken to the hospital where he died.

Workers arrived Thursday morning and were kept out of their offices because of the homicide investigation.

"When I just come this morning at 6:45 a.m. the guy told me somebody was killed inside the building and that scare me," Lieu said.

"It's a shock. I wouldn't, I don't know what's going on. Yeah, it's a surprise," said Kieu Do, another worker.

Police taped off a huge section of buildings on Lundy Avenue, including the Church of Scientology. They also checked for surveillance video.

Workers at the building where the body was found were told around 9 a.m. to go home. Their building would be closed all day for the homicide investigation.

There have been 11 homicides in San Jose over the past six weeks.

Workers from prologic say several different businesses have offices inside 1885 Lundy Ave. and homicide didn't happen in their office.

#SanJose homicide investigation is 2 buildings away from Church of Scientology on Lundy Ave. pic.twitter.com/RoD7ST2iHT