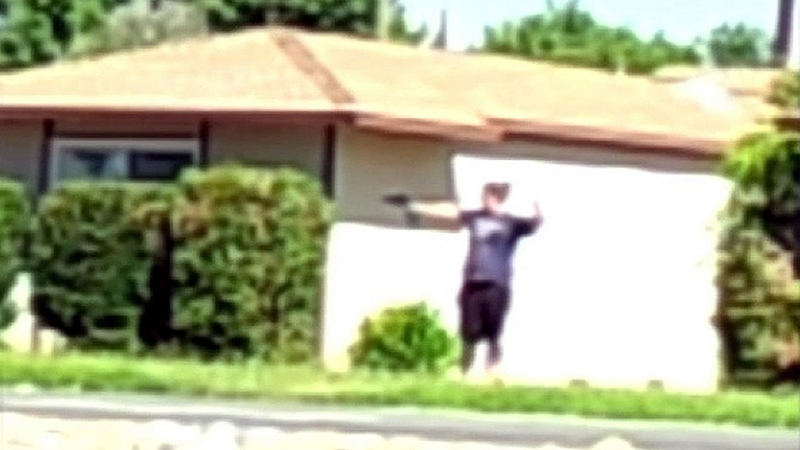 SAN JOSE, Calif. (KGO) -- A 19-year-old San Jose woman was shot and killed by police Thursday morning after it appeared she was advancing at officers with a weapon. The incident happened along busy Blossom Hill Road in San Jose.

Police tried to negotiate with the woman as she remained inside a duplex unit on the 700 block of Blossom Hill Road near Playa del Rey. The caller who contacted police said the woman had an Uzi and was threatening to kill family members.

Officers surrounded the home. Negotiations stalled and the woman came out the front door. Police said she appeared to have a weapon in her hand. An officer fired shots and the woman was hit at least once.

The woman was transported to an emergency room, but she died two hours later. Police have not released any details about her and it appears no one was home with her at the time.

A witness saw an officer trying to stop the bleeding.

"He was over the top of her," Cindy Armer said. "It didn't look like he was doing CPR, but looked like he had both of his hands on her chest or the top of her and then the EMT's came."

The object in the woman's hand landed in the road. It was later determined to be a cordless drill painted flat black.

Sky7 HD captured the object that fell from the woman's hands, which resembled a power drill. The woman was shot and killed and by San Jose police.

San Jose police spokesperson Albert Morales says officers arrived at the scene with caller information that gave them reasonable concern their lives might be at risk.

"We had a call, somebody with an Uzi, threatening to kill family members -- a very, very serious situation, very dangerous situation for our officers. We had communication with this person. Unfortunately, I guess at some point those communications either broke down or the officers felt threatened in some form or fashion."

Officers who did respond had specialized training to deal with the potential the person may have mental health issues.

The woman was shot at least once on a westbound lane of Blossom Hill by Officer Wakana Okuma, a 13-year veteran of the force. The police department's homicide unit is investigating the shooting and Okuma has been placed on routine administrative leave.

Thien Nguyen said that a man who owns the home recently relocated there after the death of a tenant renting the unit and that Nguyen had seen him in his garage working with power tools.

Neighbors knew nothing about the woman. Many were away during the incident.

Richard Garcia, 34, didn't see the shooting but heard it and saw the woman being loaded onto a gurney by first responders afterward.

He said police officers were very aggressive in seeking potential witnesses who might have filmed or photographed the incident.

Homicide detectives have been called in to investigate the incident.