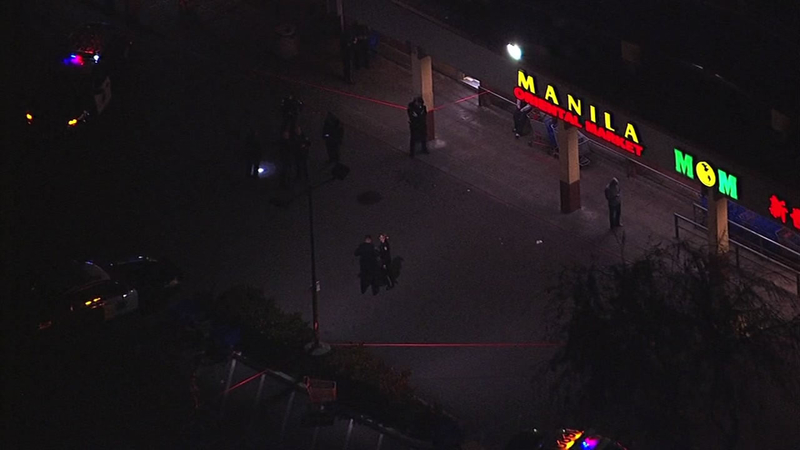 SAN JOSE, Calif. (KGO) -- San Jose police are looking for a group of men who they say stabbed a man and a woman at a shopping center on South White and Quimby roads.

Police are focusing much of their investigation at a Carl's Jr. where the couple was buying food before they were confronted.

Sky7 HD was overhead Tuesday when San Jose police officers converged on the shopping center. Officers say several men stabbed a man and a woman near the Carl's Jr.

Emergency dispatchers were told the female victim went to the Manila Oriental Market soon after the attack. Employees found her lying on the floor.

"The female's been stabbed in the throat or neck. She is conscious, having difficulty breathing. About 16 to 18 years old," said the 911 dispatcher in a recorded call.

Officers cordoned off the Chevron station across the street. The male victim came to a store to seek help.

Phong Huynh works at the auto parts store nearby and saw the man covered in blood.

"We weren't really sure what was going on until we saw all the ambulance and police come in. That's when we stepped outside and we noticed there was a guy bleeding right in front of the door," Huynh said.