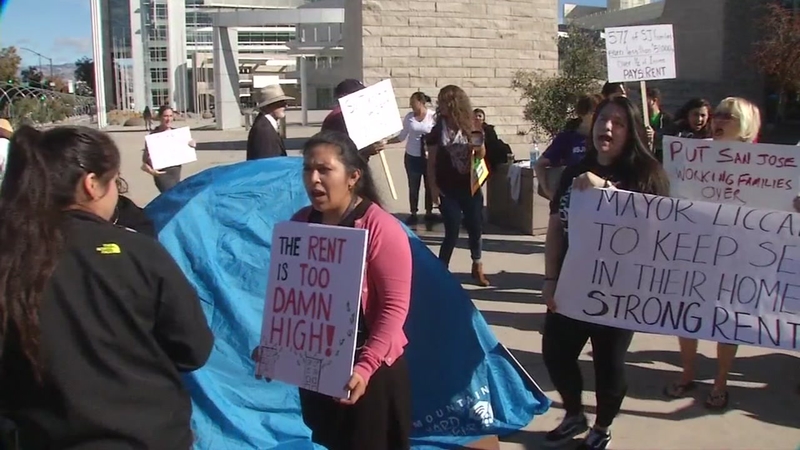 "It's either we eat or we pay rent," says Frances Rivera, a San Jose resident who currently lives in a rent-controlled unit. "That's where we're at right now."

Renters and landlords had no shortage of opinions as they stepped up to the microphone at the San Jose city council meeting Tuesday afternoon.

"When you're paying half your income for rent, every penny counts," says Sandy Perry, Affordable Housing Network of Santa Clara County president. "You cannot afford those increases, so you want those increases to kept as low as possible."

Under the city's current rent control ordinance, landlords of units built before 1979 are limited to raising rents by no more than 5-percent each year. But, a proposal on the table would limit increases to the area's consumer price index, which is a variable rate determined by the federal government and used by many agencies to gauge inflation.

Renters support tying the increases to inflation because it would likely lower rent increases. However., it's not necessarily a guarantee. Nonetheless, some say the changes could provide a lifeline to those on the brink of homelessness in Silicon Valley.

"I can see the handwriting on the wall if rate increases continue as they have been," said Bob Emmett, San Jose resident.

Opponents say the proposal could backfire and possibly push mom-and-pop landlords out of business.

"They need the money not necessarily for profits, but for maintenance," says Michael Fitzgerald, San Jose landlord. "These old buildings continually need a lot of money invested back in to them."

"If we can't find a way to build more affordable housing, we're going to have a very difficult time addressing this crisis, particularly with a very limited tool that only addresses a housing stock that was built before 1979," says Liccardo.

The city council is expected to vote on the issue by the end of Tuesday's meeting.