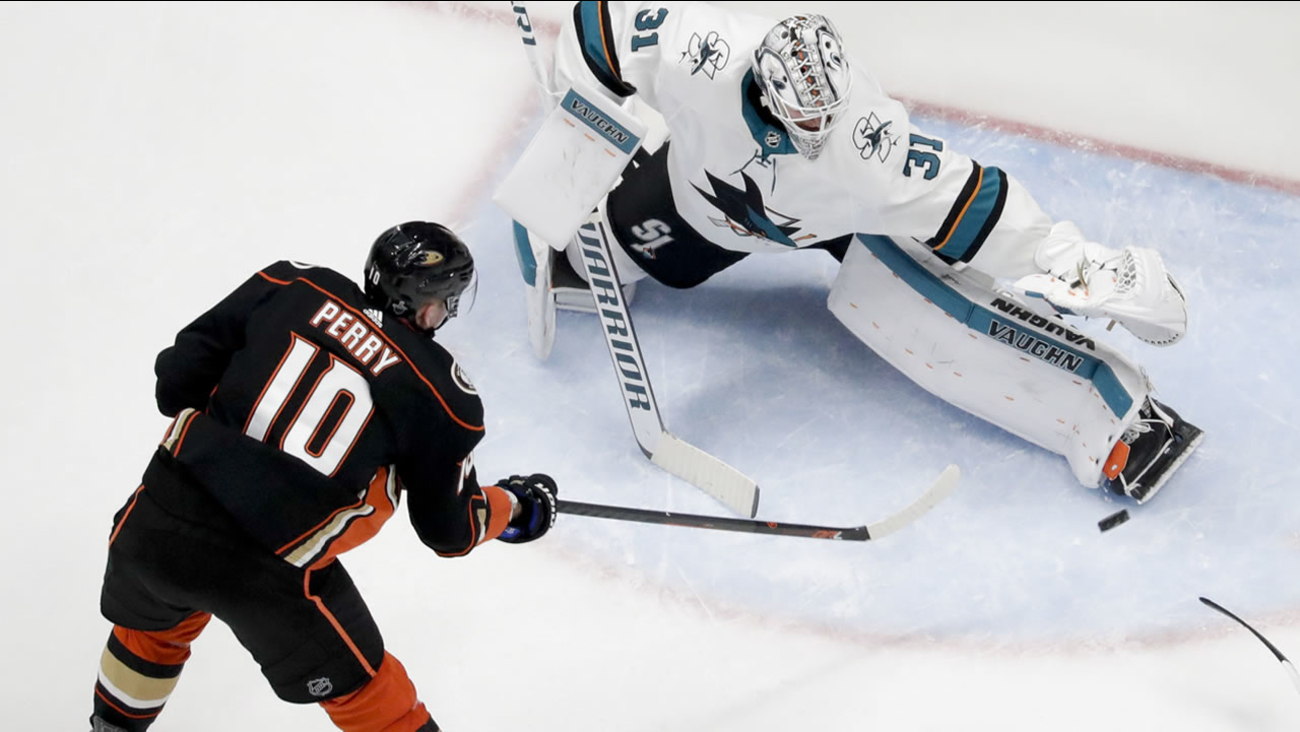 SAN JOSE, Calif. -- A free street rally outside the SAP Center, home of the San Jose Sharks hockey team, will kick off the first home game of the NHL first round playoff series Monday evening against the Anaheim Ducks.

From 4:30 p.m. to 6:30 p.m., a street rally will take place on Autumn Street between Santa Clara and St. John streets, team officials said.

Festivities will include a DJ, an inflatable shark head for photos, face painters, a slap shot booth, a Sharks fire truck and more. Food trucks will line Autumn Street as well as a beer booth, which will donate its proceeds from all sales of the $6 beers directly to the Sharks Foundation.

Near the DJ, a portable TV will be located so that fans can watch a new feature called "Playoff Mode ON" activate at 6 p.m., according to the Sharks.

Plans for the street rally are weather permitting, so those interested in going should arrive early to plan for the masses and check www.sjsharks.com before leaving for the event.

The same festivities are planned prior to Game 4 on Wednesday night.

Rolling with the same lines for Game 3 of the #DuckHunt.

A limited number of tickets to Game 3 and Game 4, both starting at 7:30 p.m., are available at the ThreatMetrix Ticket Office at the SAP Center or at www.ticketmaster.com.

Those who attend the game will get rally towels and LED bracelets, which will be laid out on each seat in the SAP Center, team spokesman Jim Sparaco said.

Fans will also be marching to the game in unison from downtown San Jose to the Shark Tank, according to Sparaco. The location for the start of that march has not been disclosed.

If Game 5 is necessary, the Sharks will host a watch party for the Friday game at San Pedro Square Market.