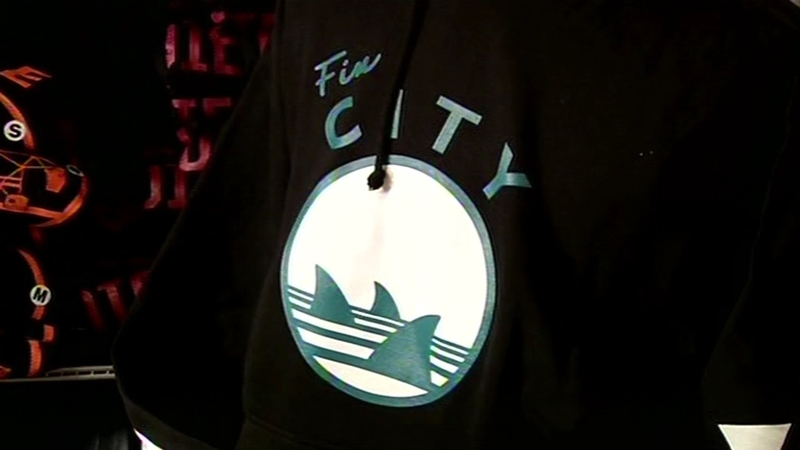 OAKLAND, Calif. (KGO) -- Whether you're in San Jose Sharks territory or on Golden State Warriors ground, it's never been a better time to be a sports fan in the Bay Area.

It's also never been a better time to sell Sharks and Warriors gear. Adam Mayberry has been sporting his Splash Brothers t-shirt started by The Die Hards Company back in 2010 in San Jose.

It is dedicated to the die-hard Bay Area sports fans.

You won't see any official logos on the t-shirts, hats and sweatshirts, but it's clear all the professional Bay Area teams are represented. "It's easy enough for us to create something that represents a team or something fan oriented that fans can understand, that still supports their team in a unique way," Die Hard Company's Adam Mayberry said.

Recently, the Warriors and Sharks gear have been flying off their shelves.

We even saw one Sharks fan wearing a Fin City sweatshirt while working at a coffee shop.

The Die Hards Company does most of its business online, but they occasionally do pop up shops during special events.

And there's hope for a couple of special events soon. "Our main goal is to do a championship pop up for one of the two teams and hopefully both of them," Mayberry said.