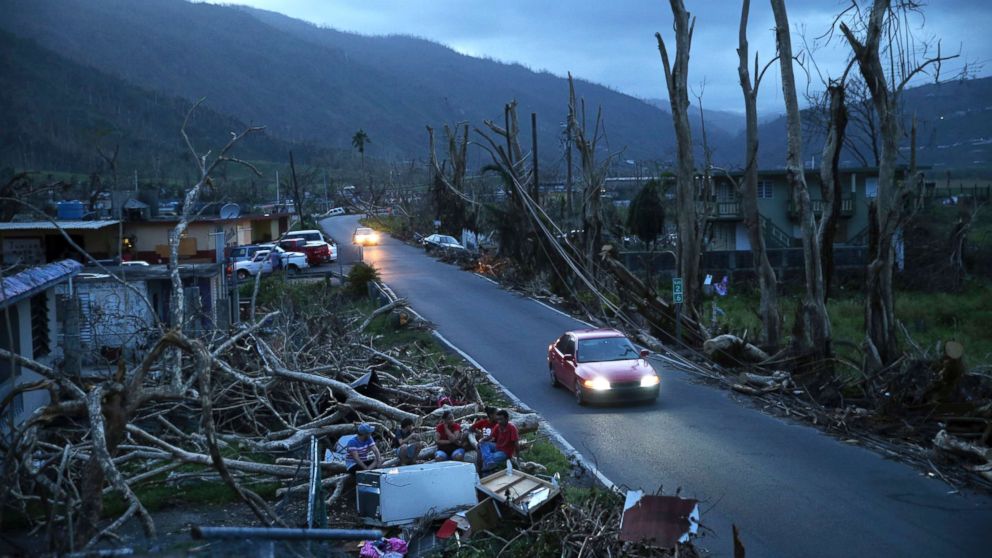 "It was a very painful day ... but it came to put a number on what we already know - that the total death toll was not correct and that the government was not telling the truth," Yulin Cruz told ABC News.

Researchers at the Harvard T.H. Chan School of Public Health estimated that between Sept. 20 and Dec. 31, there were 4,645 "excess deaths," according to the report in the New England Journal of Medicine.

The researchers say the death toll may be more than 70 times the official estimate. Puerto Rico's official government death toll currently stands at 64.

The Harvard report relied on household surveys to generate the estimate, which researchers said had a margin of error of plus or minus 3,852, meaning the actual number of deaths could be as low as 793 or as high as 8,498. However. Researchers said the likely figure is about 5,000.The mayor of Puerto Rico's capital has been a fierce critic of the Trump administration. In the days following Maria, Trump visited the island and said "every death is a horror.

"Not one tweet from a man that tweets about the sunrise...to say, people of Puerto Rico, we are sorry," a frustrated Yulin Cruz said.

"Don't accept the blame, because Lord knows he is incapable of doing," she said of Trump. "But just say sorry, I'm sorry that lives were lost."

The Atlantic hurricane season starts on Friday - something that Yulin Cruz says the island is not equipped to handle again.

"Puerto Rico is not prepared...we've learned about the things we fell short and we are in a better position to handle them," she said. "We hope that we do not have to handle them anymore," she said.

Her "4,645" hat is just one of the small reminders she keeps more than eight months after Maria.