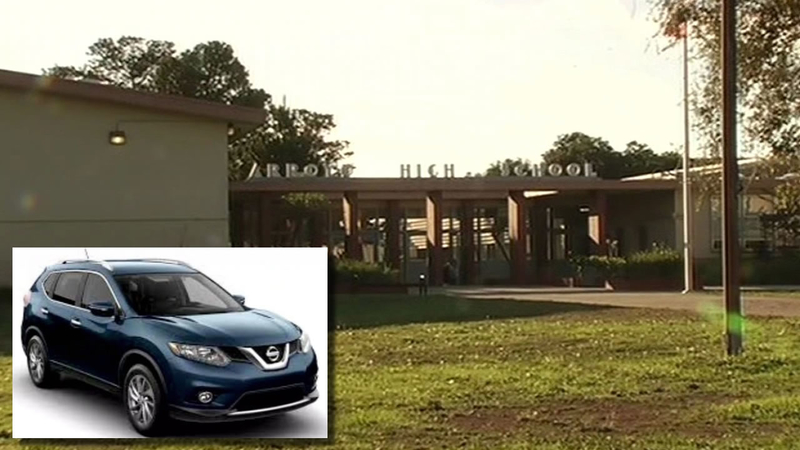 SAN LEANDRO, Calif. (KGO) -- San Leandro police says violent robbers are targeting homeowners in the East Bay. Some of the robberies took place after parents dropped off their kids at school.

On Monday, police say three masked men tried to rob a man is his home Burkhart Avenue. Now, we've learned this is connected to a similar robbery less than a mile away on Hebron Court that occurred on Oct. 8.

These robberies are happening in the morning after the parents dropped their kids off at school and they're not targeting just any parent. Police believe they're racially profiling their victims.

"A guy with a mask and a gun had the gun to his head and said, 'Don't do anything foolish,'" Pia Castillo, the victim's daughter, said.

Castillo says her father was robbed in their backyard on Burkhart Avenue. It happened shortly after he dropped her sister off at Arroyo High School.

"My dad then tried to grab the gun out of the guy's hand, grabbed his wrist, tried to get it, but then he saw two or three guys run up with masks and guns as well," Castillo explained.

The robbers saw the man's wife in the house calling the police, so they took off after stealing his wallet.

"The victims that we're seeing that are being targeted are Asian men in their late 50's who have just dropped their children off at school and returned from that," San Leandro Police Lt. Robert McManus said.

In both instances, three to four armed men followed the victims home after dropping their children off at Arroyo High School. Police are concerned the robbers are profiling their victims.

"Unfortunately, that may be a misconception that many people have of Asians that they keep large amounts of cash in their homes," McManus said.

Arroyo High School parent Emily Tang said she keeps her money the same way almost everyone else does -- in the bank.