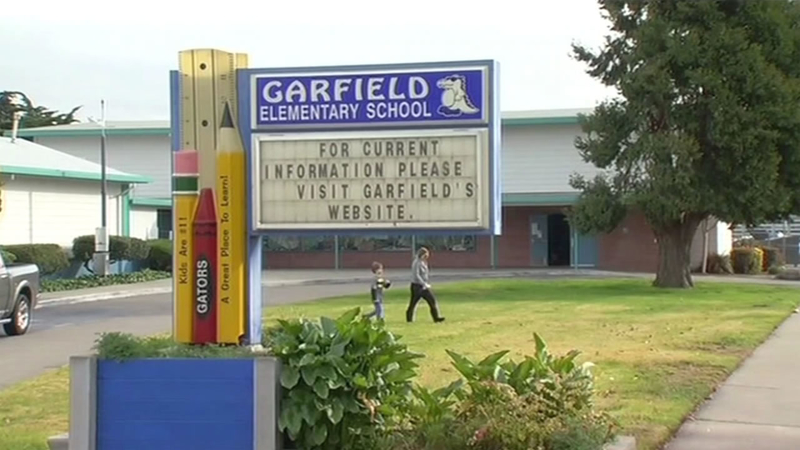 SAN LEANDRO (KGO) -- Most people have heard of the three "Rs": reading, writing, and arithmetic. One Bay Area school district is adding another -- resistance, as in gang resistance education.

The San Leandro School Board is about to approve an anti-violence program for fifth-graders, part of a police pilot program, which some parents oppose.

This proposal will likely pass Tuesday night. Several committees within the school district have already given the thumbs up to the program, but some parents think the district should focus more on subject matters like math and reading than on gang prevention.

As fifth-graders in California learn about United States history, San Leandro schools could soon be making room for a six-week course called GREAT, which stands for gang resistance education and training program. This in a city that has almost no gang-related violence.

The six-week course will be taught once a week by officers. The money for the program comes from the federal government. Only fifth-graders from two schools, McKinley and Garfield elementary, will take the class.

Police insist the gang issue will be barely mentioned, focusing more on how to become a good citizen.

Parents who spoke with ABC7 News had mixed feeling about the program.

"It would depend on how it's presented and what the material is all about," said Tracy Scholar, a parent.

"How can you learn if you have to deal with the threat of violence and bullying," said Nathan Goodlow, a parent.