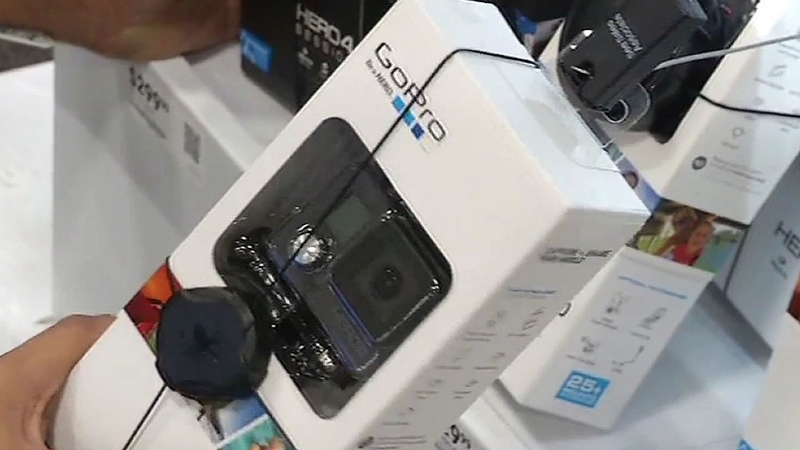 SAN FRANCISCO (KGO) -- San Mateo-based GoPro is struggling and on Thursday admitted it made a major blunder when it released one of its newest cameras. ABC7 News looked into what is happening with the company.

At the Balboa skate park in San Francisco, if you see a camera, it's probably a GoPro.

"I'm never worried about breaking a GoPro, those things are indestructible man," skater Mitchell Jenks said. He was an early adopter of the GoPro cameras, dating back to 2009 "when they first introduced it. And it was crazy when I saw it though, and I honestly didn't believe it would be such an incredible success."

But that little camera took off -- in the surf, in the snow, and on the stock market... until recently.

"I didn't even know that GoPro isn't making that much money but i feel like they would make a lot of money," skateboarder Garrick Kaan said.

After all, everyone knows the company's marketing with breathtaking images packed with adrenaline. It's a camera that practically sells itself.

"The company looks like it's booming to me. I mean with all the stuff on their YouTube page," Jenks said.

However, there's one heart-stopping image that is scaring many -- GoPro's stock price. After a troubling earnings call, it plunged to the lowest it's ever been since the company went public last year.

"It's a bummer, but you know I think they're working through it. They got to kind of get their grove on now that they're public," shopper Shawn Cunningham said.

Cunningham came to Best Buy for the tiny new HERO4 Session -- a camera GoPro now admits it drastically overpriced. They've since dropped the price from $400 to $300, but the competition is offering new features such as image stabilization and sales of the new GoPro remain sluggish.

So why aren't more people buying them? Well, the guys at the skate park have a theory -- never mind all the competition from Sony and others -- for them, the biggest competitor to the new GoPro camera is the GoPro they already have from last year, that still works just fine.

"I believe all my buddies bought all their cameras about a year ago, but this year, I don't really see that many of my friends buying a lot of cameras at all," Jenks said.

GoPro's hoping to re-energize the market with a new product. They released a video shot from the new drone they're working on.