KGO
SAN MATEO, Calif. (KGO) -- San Mateo police are looking for a man wanted for allegedly making a threat to "shoot up a school" while inside a Big 5 Sporting Goods Store on South El Camino Friday evening.

Investigators said a customer reported a man inside the Big 5 Sporting Good Store comment to an employee that he wanted to buy a gun. Then, the man allegedly threatened to shoot up a school and asked an employee for a good shirt to wear.

San Mateo police arrived at the store within minutes and searched for the man, but they couldn't find him.

Police released surveillance video Monday showing the man attempting to buy a gun inside the store. Big 5 employees did not sell him a gun and asked him to leave.

VIDEO: Man accused of threatening to 'shoot up school' attempts to buy gun at Big 5


Witnesses told police no specific school was named and they did not believe the threat was credible. He's described as a white man, possibly transient, about 35 years old, wearing a camo sweatshirt and blue jeans.

Over the weekend, schools in San Mateo were notified about the incident. "We are just making sure all our staff and parents know that we are more vigilant and more aware today, making sure all gates and doors are locked," San Mateo Foster City School District spokesperson Amber Farinha said.

A San Mateo Unified High School District spokesperson says they will not be on lockdown, but are asking campuses to be on heightened awareness. Police officers and staff will provide extra eyes on campus.

As a result of the threat, Saint Gregory Catholic School Principal Laura Miller, said her school will be taking extreme precaution and following suit to the San Mateo public schools and shelter-in-place all day Monday.

Suspect who police say made threat towards school in San Mateo, California.

She sent out a message to parents telling them students will not be switching classes and classroom doors will remain locked. Students will eat lunch and have recess in their classrooms.

San Mateo police said even though witnesses say the threat did not seem credible, they still want to talk with him themselves to make their own conclusion.

If you have any information on the man accused of making the threat you can call SMPD dispatch center at (650) 522-7700 or call the SMPD Secret Witness Line at (650)522-7676. Click here to make anonymous online tips in this or any San Mateo Police Department investigation.

Surveillance video of man wanted for questioning by San Mateo Police after attempting to buy a gun at Big 5 Sporting Goods on Friday evening and threatening to shoot up a school. San Mateo schools on heightened awareness. Witnesses say they don’t believe threat was credible. pic.twitter.com/ZpeegvGSA5

St. Gregory Catholic School will shelter-in-place today “following suit to the San Mateo public schools” due to threat made by man at local Big 5 Sporting Goods on Friday threatening to “shoot up a school.” San Mateo Police are still looking for the man. pic.twitter.com/WkAfjLXxJQ

San Mateo Police say on Friday this man commented to Big 5 employee on El Camino Real that he wanted to buy a gun. He then threatened to “shoot up a school.” He’s described as 35 yr old white man, wearing camo shirt & jeans.
Recognize him? Call 650-522-7700. pic.twitter.com/7T5cGCyisQ 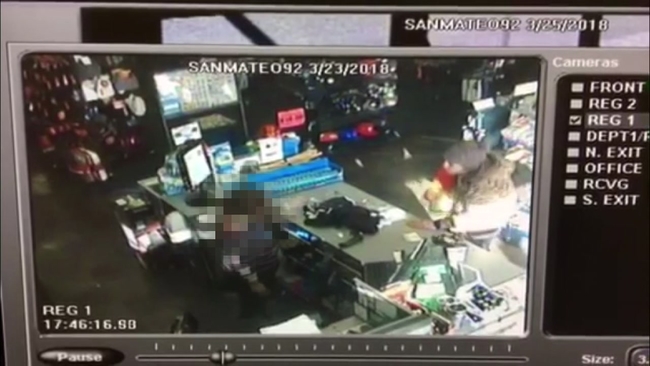 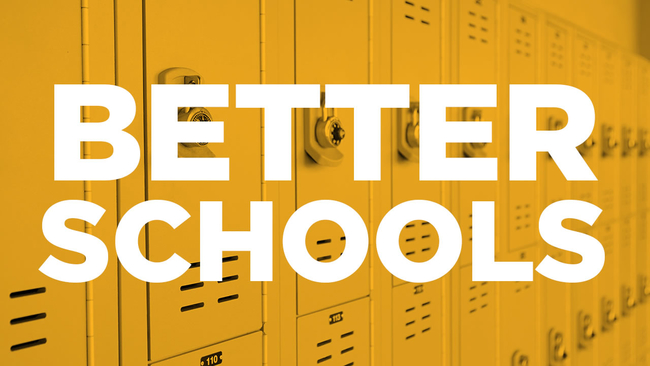