EXCLUSIVE: Friends fear for safety after 3 arrested in death of Millbrae man 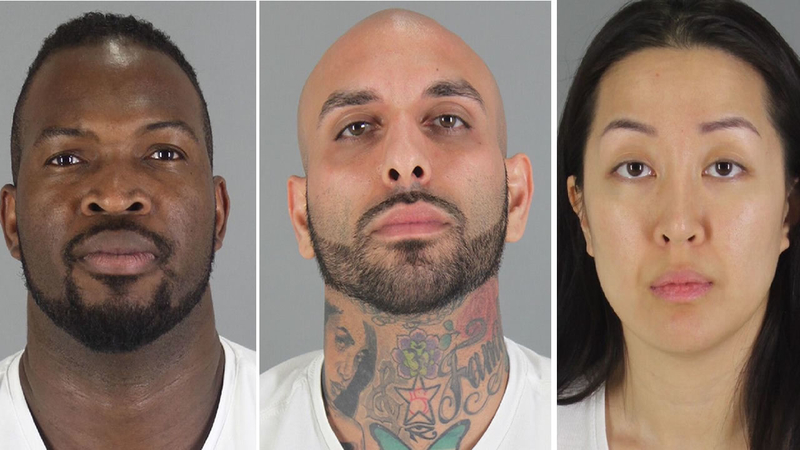 Third person arrested in connection with killing of Millbrae man

HILLSBOROUGH, Calif. (KGO) -- The San Mateo County Sheriff's department has confirmed a third person is in custody after the body of Keith Green was found. Friends of Keith Green are now talking exclusively with ABC7 News about the case.

The suspects are Tiffany Li, 30, Kavey Bayat, 29, and Olivier Adella, 40. All three suspects were booked into the Maguire Correctional Faculty on charges of murder and conspiracy.

From left to right: 40-year-old Olivier Adella, 29-year-old Kaveh Bayat, and 30-year-old Tiffany Li have been arrested in connection with the death of a Millbrae man.

Oliver was taken in custody without incident on Friday afternoon in Burlingame.


Despite the arrests, the victim's friends aren't feeling relieved. A close friend of Greens's said Tiffany Li is dangerous and comes from a very wealthy and powerful family. The friend said Li could retaliate even if she's in custody.

Green's friends talked exclusively with ABC7 News, because they want Green to be remembered as a good father and aspiring chef, but also because they fear for their lives.


"I was relieved that they finally got caught. We have a little bit of peace of mind and we can move forward with the case rather than wondering," said Green's friend.

"Was there ever any question that she was a part of this?" asked ABC7's Sergio Quintana.

Green shared two children with Li. They had been raising them together until they split up late last year and began a custody battle.

"I would watch him Facetime with the girls and he would put on funny masks, all kinds of things to entertain them," said Green's friend.

Green was last seen in April at a pancake house in Millbrae. He was supposed to meet Li to go over custody details, but he never returned home. His cell phone was found in Golden Gate Park just after he was reported missing. Weeks later, his body was found near Healdsburg in Sonoma County.

San Mateo Detectives have arrested Tiffany Li at her Hillsborough home in connection to the murder of Keith Green. pic.twitter.com/mJhj4LXoNP

Tiffany Li of #Hillsborough is in custody for the murder of Keith Green, ex-boyfriend & father of her two children. pic.twitter.com/60AR6T7vGQ