An SUV was shot at and a man was shot and wounded. He ran to a nearby Denny's where police officers were able to help him.

SAN PABLO, Calif. (KGO) -- A man was shot and wounded while in a black SUV driving westbound on Interstate 80 in San Pablo. The vehicle was riddled with bullets by a passing car and pulled over to the side of the freeway.

The CHP closed westbound I-80 for at least an hour during the evening commute Thursday, to investigate the shooting, which happened near the San Pablo Dam Road exit. The off-ramp was then closed for a while as well so officers could continue to look for evidence of the incident. Authorities focused on the highway, as well as a restaurant, just off the freeway.

After getting shot, police say the shooting victim made his way into a nearby Denny's restaurant around 3:30 p.m. Cellphone video given to ABC7 News shows two police officers trying to help him before he was taken to the hospital with non-life-threatening injuries.

The victim was shot in the bicep and was bleeding in the lobby of the restaurant. A Denny's employee says he was sweating and close to tears.

Another person in the victim's car ran from the scene.

The CHP has no description of the suspect vehicle.

There are a lot of similarities in these cases, but the CHP says it has no evidence to connect these three shootings and don't believe they are random incidents. 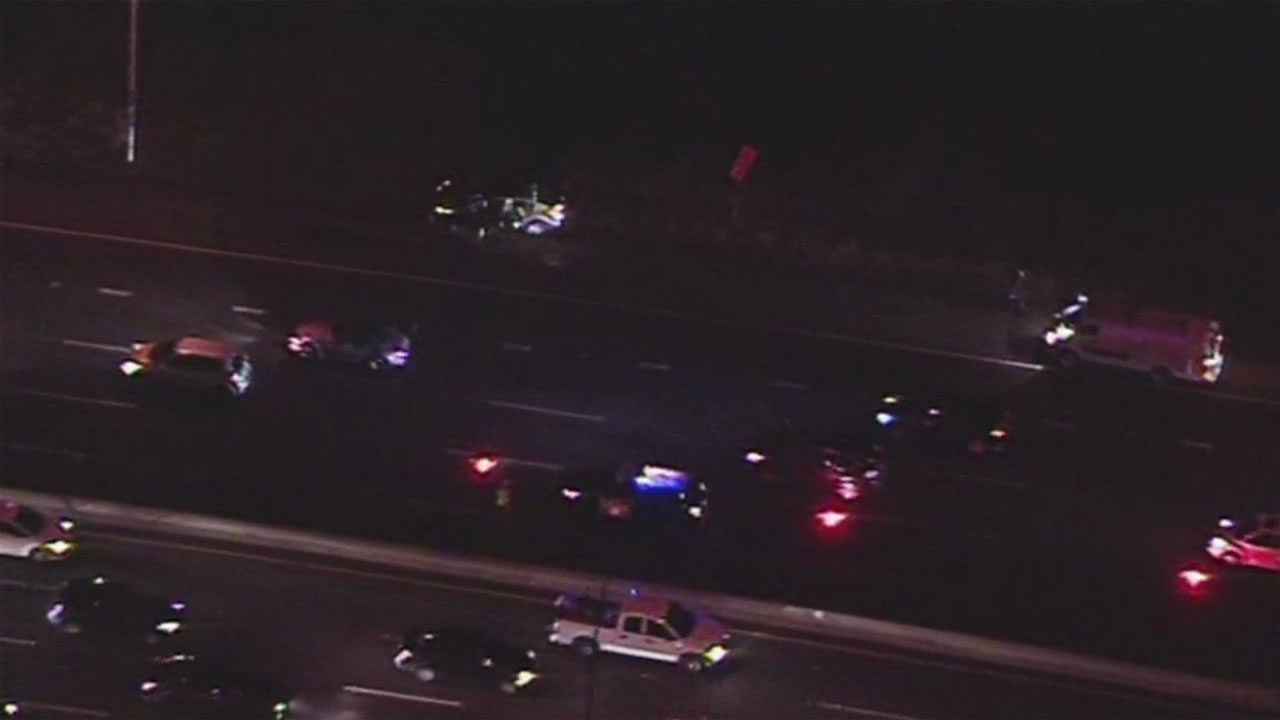