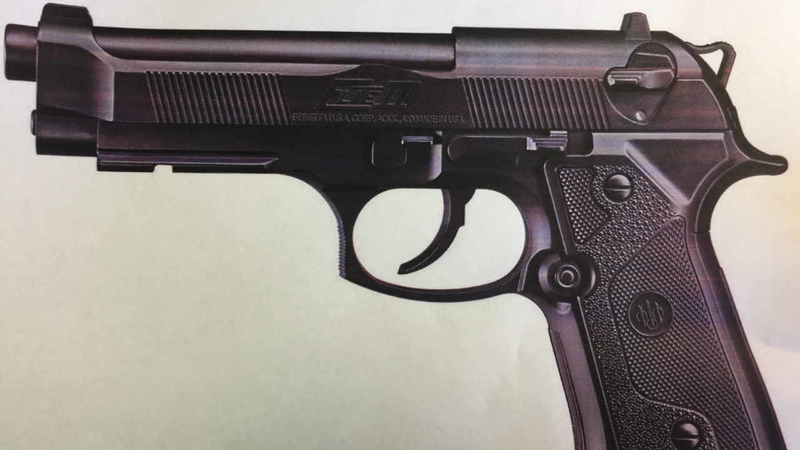 "The victim was driving a Prius. Suspect was driving a Mustang," said the California Highway Patrol's Andrew Barclay, as he announced an arrest related to the incident. The suspect is barely eighteen years-old---Cristian Torrez-Perez, of San Rafael. The CHP says he shot a pellet gun at a driver who honked at him, and hit the car.

It's a serious misdemeanor.

RELATED: Freeway shut down in San Rafael after report of I-580 shooting

"If you are a driver and a person brandishes a pistol, that is done to create fear on the part of that person," said Barclay. "A normal person will not discern if it is a pistol or a pellet gun."

The California Highway Patrol arrested a man Monday night on suspicion of shooting at a vehicle on Interstate Highway 580 in San Rafael hours earlier.


Barclay says that in the incident last night, the unidentified victim driver copied down his attacker's license plate, called 911, and that led to a manhunt. Fewer than four hours later, police arrested Cristian Torres-Peres at this gas station in Terra Linda. Witnesses say the pistol was in the front seat of the car. One more apparent example of road rage in an ever-more-frustrating and angry world.

The gun CHP officers recovered can be seen below.

A BB gun recovered by CHP officers after a shooting on I-580 in San Rafael is seen in this undated image.

"For a road rage incident to escalate from a horn honk is dangerous, unacceptable and completely careless," said Barclay.

Cristian Torres-Perez is free on $837 bail. He could serve as long as one year in Marin County Jail if convicted.

Brandishing a firearm the first time is an infraction. Discharging a pellet gun in a public place in a gross and negligent manner is a misdemeanor punishible by as much as one year in county jail. #abc7now