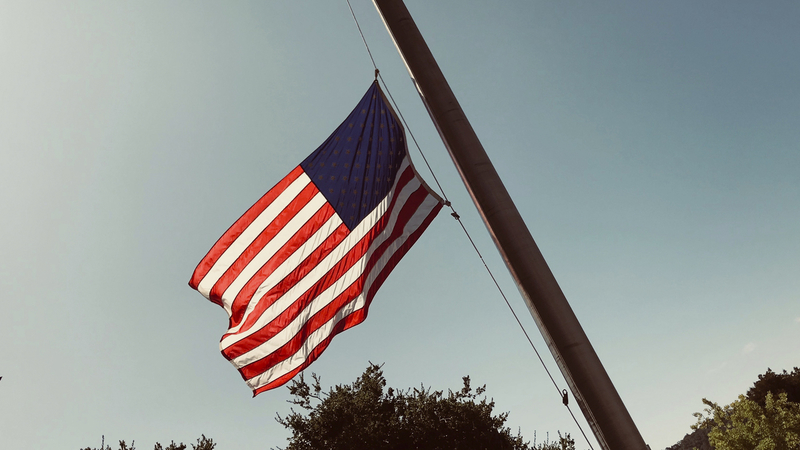 SAN RAFAEL, Calif. (KGO) -- Flags at half-staff. They're never a good sign. Never good news. And in Marin County's San Rafael, this week, they have become a symbol of protest.

"Are you the first city in the country to do this?" we asked San Rafael Mayor Gary Phillips.

And so begins his explanation connecting flags flying at half-staff over seven city sites, and how he's ordered this measure to send a message to Congress about gun violence. The mayor wants Congress to meet and deal with gun violence, now.

"I am completely fed up with Congress not taking action with so many tragedies in our country. 250 this year."

San Rafael has never suffered from the impact of a mass shooting. That such a protest would happen here is somewhat out of character.

"Actually, San Rafael is the least political part of Marin that I can think of," said resident Eric Steinberg.

But with flags at half-staff above City Hall, the fire stations, the community center, even the bocce ball courts, San Rafael has begun a discussion.

"We have to start someplace and remind people that this has been going on for 30 years," said Ed Scola.

"At one time I was a member of the NRA," said Vietnam veteran John Campusano.

"I suspended my membership because I want comprehensive gun control like the Japanese have."