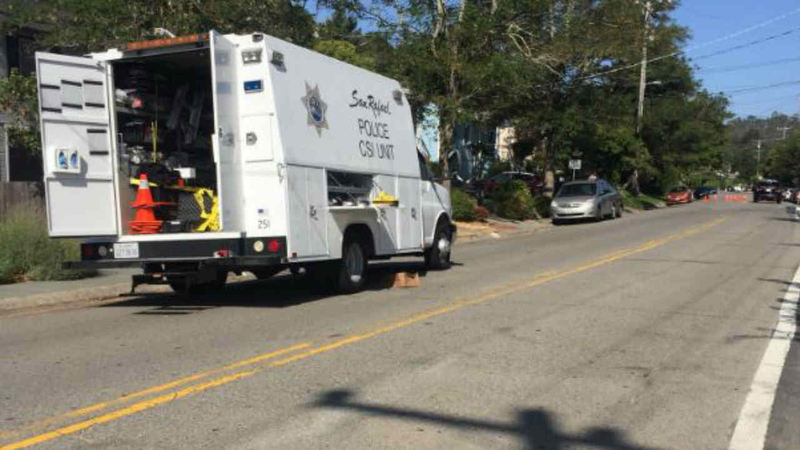 SAN RAFAEL, Calif. -- A man is recovering from a gunshot wound following a shooting outside a house party in San Rafael's Sun Valley neighborhood.

"I fell asleep around midnight. I was woken to an argument between two men, screaming really loud," said neighbor Helene Postrel.

"A woman, in particular with terrifying yells, just blood curdling, then I hear what sounded like two gunshots and then everything was quiet," Postrel added.

Investigators say a 20-year-old man was shot after a fight broke out in the street near a home in the 2000 block of Fifth Avenue. Victim fled the scene before officers arrived. Neighbors say there had been a party at the house Saturday night.

"We got a subsequent phone call from Santa Rosa Memorial Hospital that a victim showed up with a non-threatening gunshot wound," said San Rafael Police Sgt. Todd Berringer.

A 30-year-old man from Washington State was arrested near the scene for being a convicted felon in possession of ammunition. Police aren't sure if he played a role in the actual shooting, they continue to look for suspects and evidence.

A motive for the crime is still unknown.