All five victims have been identified after a small plane that departed from Concord crashed near an Orange County shopping mall on Sunday afternoon.

The plane took off from Buchanan Field in Concord just hours before.

Three of the five plane crash victims worked at Pacific Union Real Estate office in Danville: Lara Shepherd, Floria Hakimi and Nasim Ghanadan. Their boss was emotional this morning as he reacted to the news.

"Our whole organization is in disbelief. Our hearts go out to the families. We are devastated," said Brian Moggan, VP of the Contra Costa County office of Pacific Union. He says the CEO is gathering with the Danville employees today.

Moggan says they knew all five of the victims. Navid Hakimi is the son of one victim. Scott Shepard is the husband of another. He was piloting the plane and was taking his wife Lara and the others to a motivational conference in Los Angeles. They had two young children.

The NTSB held a press conference this morning at the Southern California crash site. Investigators promised a preliminary report in the next five days. At this point the cause of the crash is unknown.

Ghanadan was a realtor at Pacific Union in Danville. Her family confirmed the flight was a business trip.

The pilot of the Cessna 414 declared emergency before the plane plummeted into the mall parking lot. The plane was registered to a San Francisco Real Estate Company. 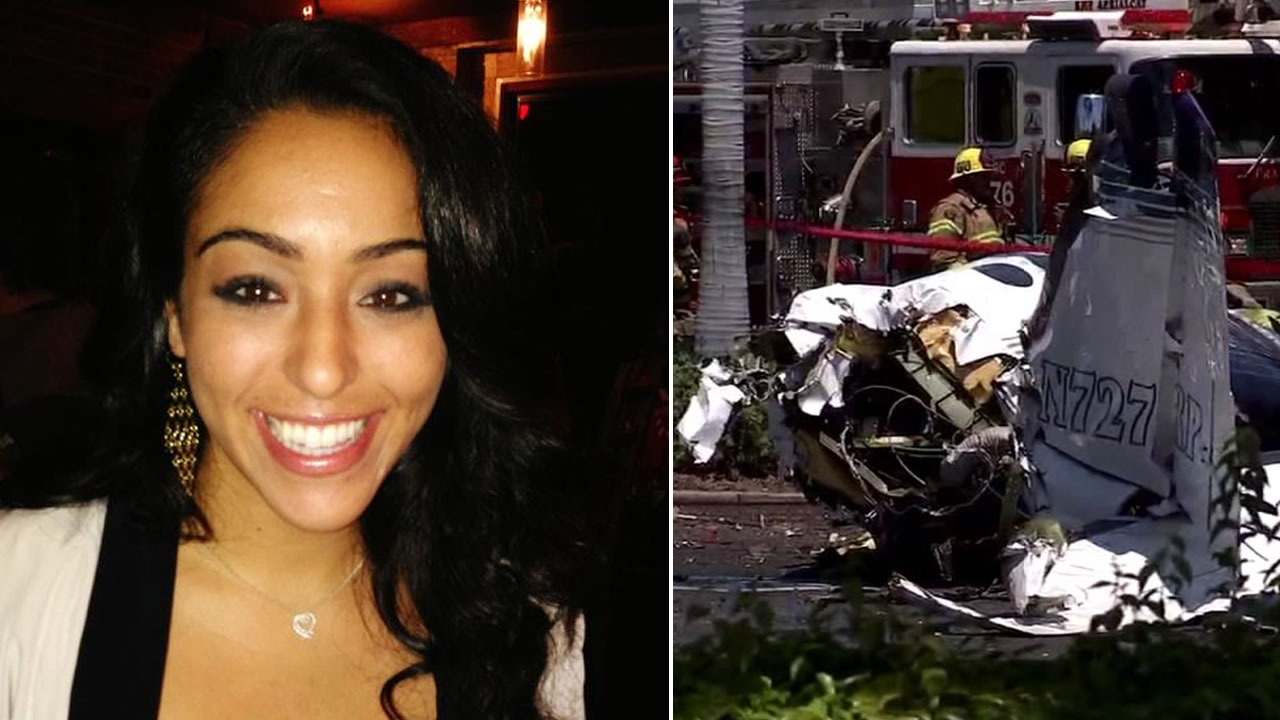