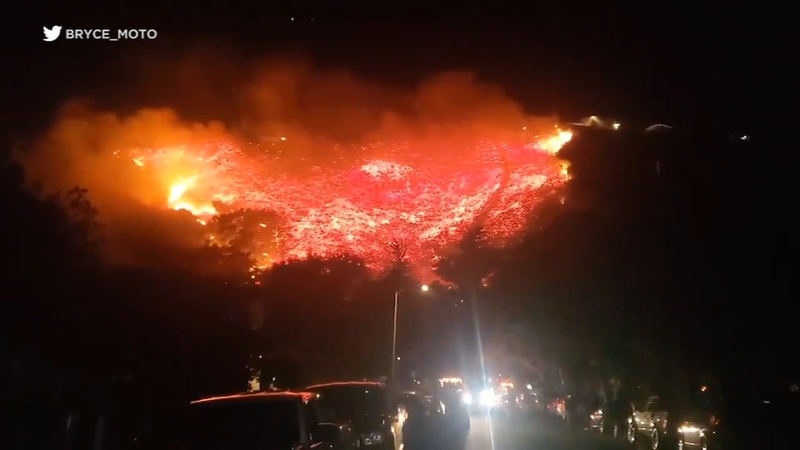 Crews reported reaching 40% containment of the Loma Fire and evacuation orders will be lifted, with repopulation set to begin at 12:30 a.m. Friday, according to Mike Eliason, spokesman for the Santa Barbara County Fire Department.

The fire erupted around 9 p.m. in a westside neighborhood and burned at least 20 acres, prompting evacuations for residents living along Loma Alta Drive and Miramonte Drive, according to the Santa Barbara County Fire Department. KEYT-TV said the fire burned below the station newsroom, which was evacuated.

One home was damaged and at least 50 homes and commercial buildings, including several television stations, were threatened in an area known locally as TV Hill, said Eliason.

Winds of 10 mph to 20 mph, with some gusts to 50 mph, were pushing flames uphill through a mixture of brush, grass and palm trees.

"The fire started on a very steep slope so it's topography-driven as well as wind-driven," Eliason said.

Eliason had said the blaze could run out of fuel when it reached the top of the hill, which led into a densely populated residential area that firefighters were prepared to defend.

No injuries were reported and there was no immediate word on what sparked the blaze.

Neighboring cities are assisting in tackling the blaze.