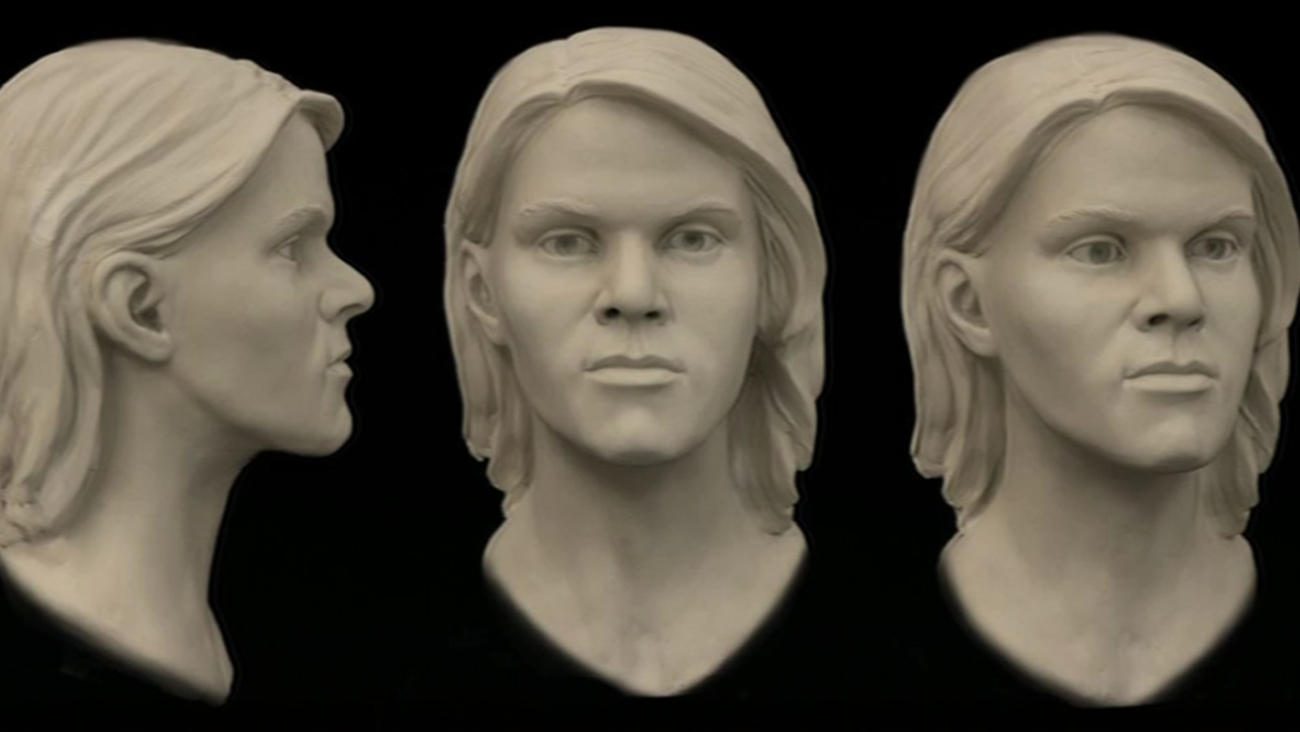 Facial reconstruction of the remains of a still-unidentified young female found on the side of state Highway 9 near Saratoga in 2014 are seen in this undated image. (KGO-TV)

SANTA CLARA, Calif. -- Investigators have released a facial reconstruction of the remains of a still-unidentified young female found on the side of state Highway 9 near Saratoga in 2014.

The body had been in the hills above Saratoga near Booker Creek Road for as many as eight months before it was found on Dec. 14, 2014, according to the Santa Clara County Sheriff's Office. She is believed to have been the victim of a homicide.

Since then, investigators have learned little about the victim. She is estimated to have been between 15 and 24 years old when she died, stood between 4 feet 11 inches and 5 feet 3 inches tall, was light-skinned, had brown hair and a petite build, according to the sheriff's office.

She died sometime between April 2014 and when her remains were discovered, based on the manufacturing date of her blue floral print "Ambiance Apparel" blouse. She was also wearing size 0 "Just USA" jeans.

Investigators sent the victim's skull to the FBI for facial reconstruction in October and now are seeking the public's help in identifying her. The sheriff's office provided photos of the reconstruction and the blouse she was wearing.