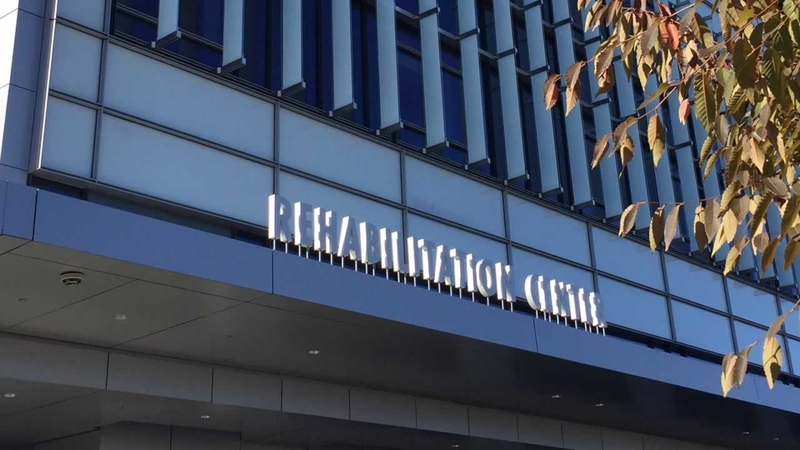 A new 168-bed rehabilitation, intensive and acute care building at Santa Clara County's Valley Medical Center will finally open in about two weeks after a dispute with the contractor contributed to a three-year delay in its scheduled completion.

SAN JOSE, Calif. (KGO) -- A new 168-bed rehabilitation, intensive and acute care building at Santa Clara County's Valley Medical Center will finally open in about two weeks after a dispute with the contractor contributed to a three-year delay in its scheduled completion.

The Sobrato Pavilion, named after a well-known Silicon Valley developer and philanthropist, was built with over $780 million raised from voter-approved Measure A in 2008.

The facility has a robotic pharmacy that dispenses and distributes medication, an aquatic therapy pool, and a gym with specialized ZeroG equipment to help patients with injuries to exercise without gravity stress.

The Sobrato Pavillion was budgeted for $480 million but came in $466 million. However, change orders added $90 million to the final cost.

That was the heart of a dispute between the county and Turner Construction two years ago that led the county to padlock the gate and move to fire Turner from completing the project. ABC7 News was on the scene when that happened on Sept. 11, 2015.

The county used an unusual bid process, which in retrospect County executive Jeff Smith says it will not use again for a major project such as this.

It solicited bids with 60% of the project planned with the expectation it would finish the final 40% with change orders. Change orders are requests for work to be done that are not part of the original bid or contract.

The costs are then added to the project. They can quickly add up.

By coming in under budget, VMC was able to add some features during construction.

During the tour, they showed us an example - intensive care room medical booms - articulating towers used to plug in medical equipment and other devices.

Normally, they are stationary, affixed to the wall. The new booms allow the patient bed to be rolled almost anywhere in the room and provide nurses and attendants 360-degree access to the patient by not having the bed positioned against a wall.

The booms were not part of the original design plan.

The new building adds 24 ICU rooms to the existing 16 ICU rooms in another building. 60-percent of the patients in VMC's ICU rooms are age 65 or older, and as the population ages, the demand for ICU rooms will grow.

Each of the new 24 ICU rooms is private.

The Sobrato Pavillion is a showcase for art, which is by design to provide a pleasant and calming environment for patients.

The VMC Foundation says there are 45 works of art on display, ranging from paintings and murals to sculptures and mobiles.