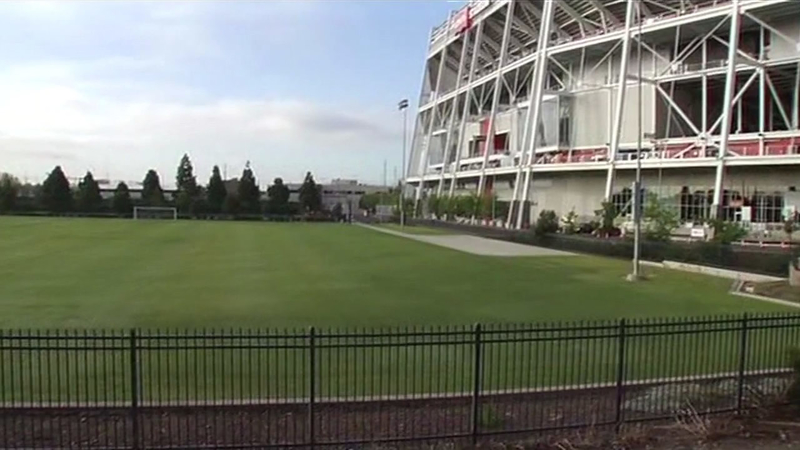 SANTA CLARA, Calif. (KGO) -- There are new details on a proposal by the San Francisco 49ers to take over a youth soccer park near Levi's Stadium.

For now, some people are calling this a small victory for youth soccer in Santa Clara.

The soccer park is in the shadow of Levi's Stadium and it sits on some pretty prime real estate.

The 49ers initially made a proposal to the city of Santa Clara hoping to convert this park into additional stadium parking. The team would have to pay $15 million in up-front rent over 39 years. The city would've also received a cut of parking revenues and $3 million for field improvements at local schools.

But Santa Clara Youth Soccer League parents weren't thrilled about the idea. They turned up Santa Clara City Hall to voice their opposition. They are upset that the proposal didn't call for any comparable replacement fields.

City Council member, Lisa Gillmor, herself a soccer mom, says she got a call from a 49ers' executive, stating that the team plans to go back to the drawing board. She expects there to be another proposal down the road.

"It's almost a sure bet that it will happen, in my experience with my community and the strength of our community. I don't think our community is going to give this soccer park up without a huge fight," said Gillmor.

The team told ABC7 News that their original proposal was strictly intended to start a dialogue between the city and the team, as well as community stakeholders. They say they are looking forward to the public process that the city will be conducting over this issue in the months to come.

The 49ers says their goal to find a win-win answer for all of the parties involved.

The 49ers and the NFL have released this joint statement: