The Santa Cruz Beach Boardwalk is among many parks in California that have shut down the Fire Ball ride for inspection after one person died at the Ohio State Fair.

SANTA CRUZ, Calif. (KGO) -- The Fire Ball ride at the Santa Cruz Beach Boardwalk has been shut down for inspection after one person died and seven were injured at the Ohio State Fair.

Santa Cruz Beach Boardwalk isn't the only one shutting down this ride. The California State Fair in Sacramento also closed their version of the ride Wednesday night.

This was supposed to be Micah Bergstrom's year to ride the Fire Ball at the Santa Cruz Beach Boardwalk as the 8-year-old has passed the height requirement. "I tried to get on the ride last year, but they wouldn't let me on," Portland resident Bergstrom said.

It was disappointment again for Bergstrom because no one can ride the Fire Ball at the boardwalk or anywhere in California. "The state has asked all owners of this particular ride across the state to keep the ride closed until further notice, unitl they can get more involved to make sure everything is secure," Kris Reyes said.

Boardwalk employees said they do daily inspections on all 36 rides and plan on contacting Fire Ball's manufacturer Thursday to discuss their ride and what happened in Ohio. "Fire Ball is a ride that has a really good safety record. Frankly, all the rides at the park have a good safety record in large part because of the work of our staff and also because of the partnership with the state," Reyes said.

The Sonoma County Fair opens next week and the Fire Ball is scheduled to be there.

Great America has a similar ride, but from a different manufacturer called Delirium. It was scheduled to be closed as a precaution when the park opened Thursday, but could re-open at any time.

At the boardwalk, ABC7 News spoke to some parents who said they wouldn't let their kids on the Fire Ball ride no matter how badly they want to ride. 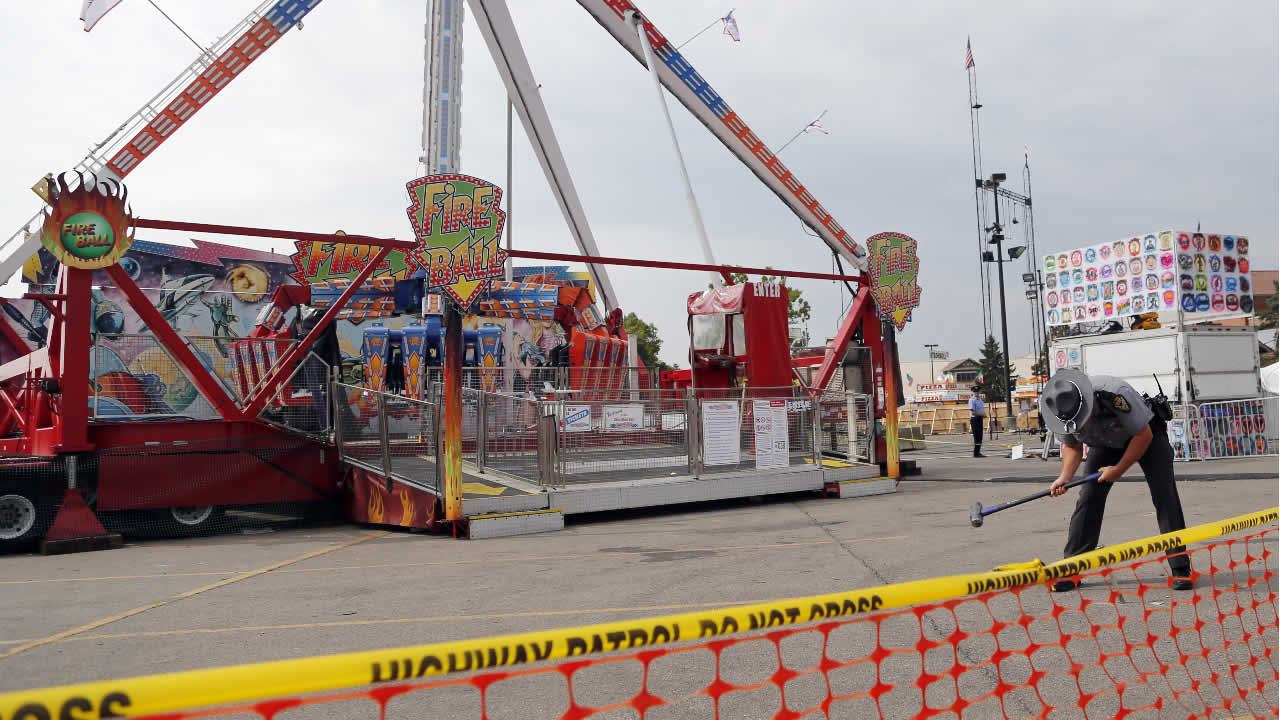