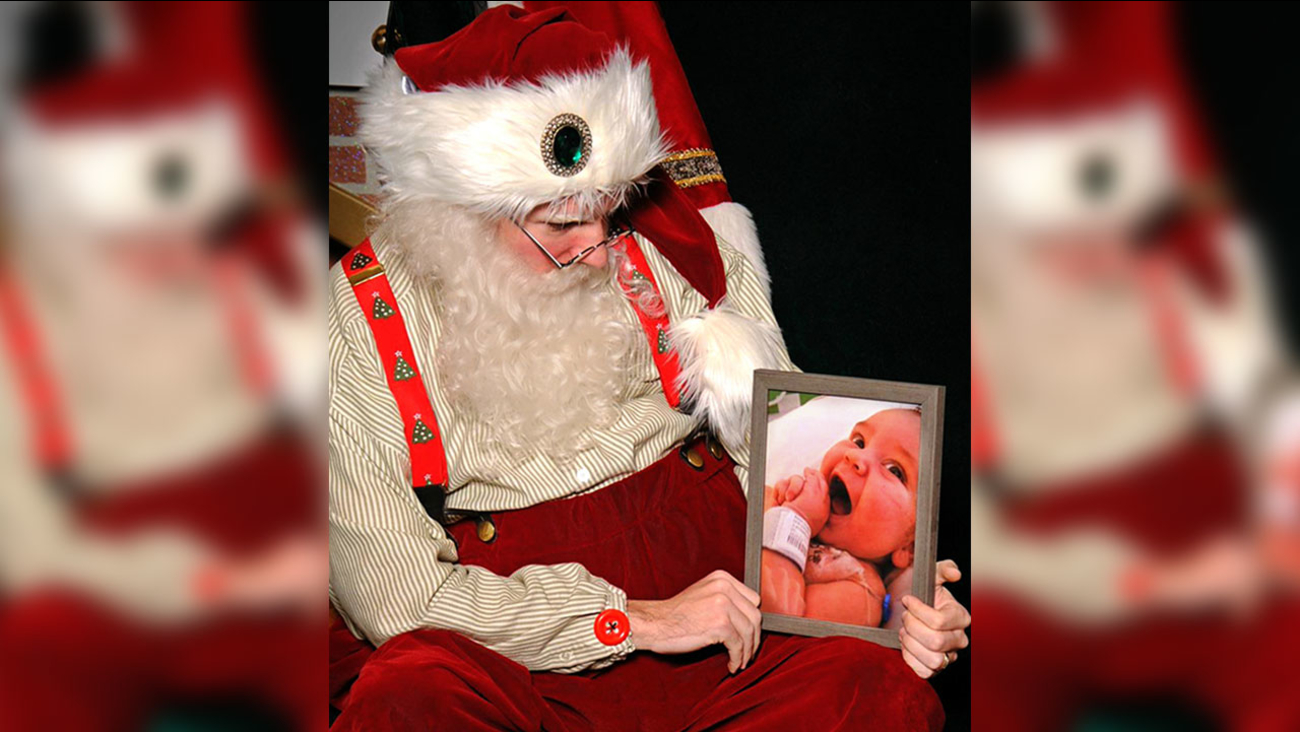 Caleb Ryan Sigmon, one of Santa's mall helpers, holds a photo of a deceased boy whose father wanted him to sit on Santa's lap. (Worldwide Photography)

One day in early December, a father came in to visit a mall Santa in Georgia with an unusual request -- that Santa pose with a photo of his baby boy, who had recently passed away.

Caleb Ryan Sigmon, who refers to himself as a "helping Santa," recounted the interaction in a Facebook post:

"'I have a request,' he said, turning around this picture frame. He took a moment. 'My son passed away, last year.' He choked up and couldn't finish his sentence. The entire photo set was silent. I said, 'Absolutely.' Without anyone saying anything, he handed me the frame and I placed it on my knee."

Sigmon continued to explain that the father wanted a photo of his son, Hayden, with Santa to give to his wife for Christmas. The interaction moved Sigmon and his coworker to tears, he said, and they decided to give the father the photo as a gift.

Though he's performed as a professional Santa for six years, Sigmon said this interaction took him by surprise.

"We get lots of odd requests each day (from children and adults) but I was not expecting what he was about to ask," he told ABC.

Sigmon, a 22-year-old actor, magician and teacher from North Carolina, said that working with Santa is one of the most fulfilling of all his jobs and that he has many touching interactions, which he's been documenting on his Facebook page as "Stories from the Big Chair."

"Helping out The Big Guy is definitely a seasonal job," he told ABC. "I wear lots of hats throughout the year, but working with Santa is one of the most rewarding jobs I have ever had." 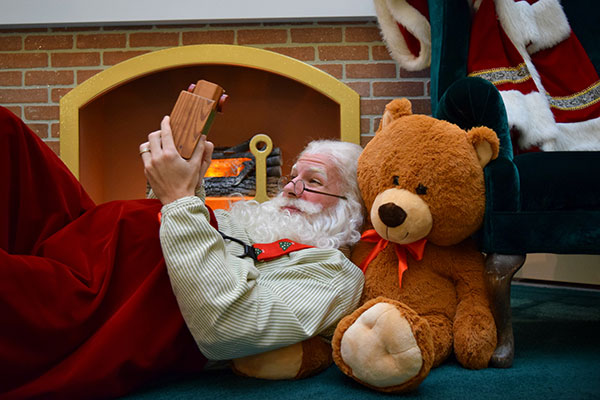 Caleb Ryan Sigmon poses for his job as one of Santa's mall helpers.

The story of the grieving father has been shared so widely that the father reached out to Sigmon to say that he was glad it was touching people. Sigmon said he hopes that it will be a reminder of what it means to live in the Christmas spirit.

"I felt so convicted to share the story. To remind my friends, and myself, that Christmastime is unbelievably hard for some families," he said. "Pray for the brokenhearted. Smile at people. Just be kind. Love one another."