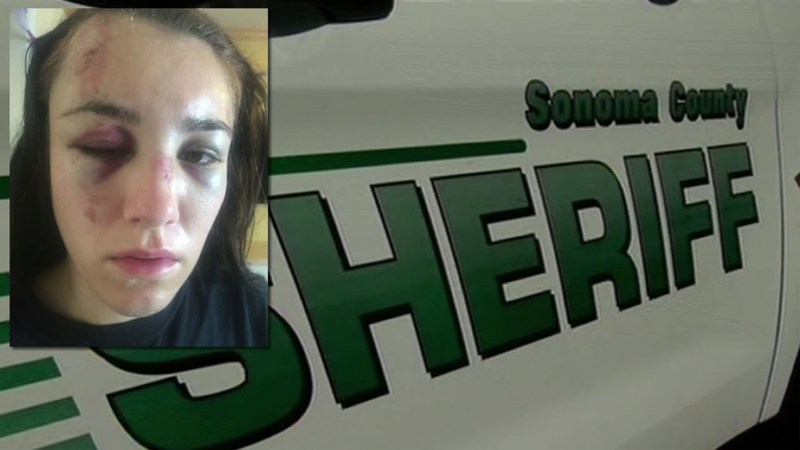 She says she was arrested for no good reason after her high school graduation party.

The teenager is about 5 feet tall and weighs about 115 pund. Her attorney says the deoputy was bigger and stronger and there was no reason for the deputy to use the amount of force he did.

Gabbi Lemos graduated from high school in June. Her family threw a party at home to celebrate. By the end of the night her face was cut, bruised and swollen. Lemos, her two sisters, and their mom said that about 11 p.m. that night, hours after the party ended, a sheriff's deputy showed up.

Gabbie Lemos' sister Chantee was sitting with her boyfriend in his car in front of the house. They say the deputy questioned both, then acted aggressively toward Chantee, trying to get her out of the car.

"He was just angry from the get go, from the second he got out of the car," said Michelle Lemos, the plaintiff's mother.

Gabbi Lemos protested her sister's treatment. "I told him what he was doing wasn't OK, that he couldn't touch us," Gabbi Lemos said.

Gabbi Lemos says the deputy turned his aggression toward her and she walked quickly toward the house.

"All of a sudden, I felt an arm and my neck and that's when he lifted me up off the ground and threw me face first onto the ground just, like right here," Gabby Lemos said.

She was arrested, taken to the hospital, jailed and booked for battery on an officer and resisting arrest.

When asked if she resisted, Lemos said, no. "There was no way I could have. He was on top of me with my hands behind my back," she said.

Lawyer Izaac Schwaiger has long criticized the sheriff's office for the conduct of its deputies.

"That was after the charging deputy had reviewed the body camera footage after the event," Izaak Schwaiger, the Lemos family lawyer.

Two years ago, they tasered Esa wroth 23 times at the county jail after he was arrested on a dui.

Last month, a group of inmates at the jail charged that they were systematically beaten and tortured. Excessive force lawsuits are pending in both cases and now this.

Schwaiger says there were some 1,600 use of force incidents in the jail these past six years, none of which the sheriff's office concluded was excessive.

"What that tells us is there's no one to police the police," Schwaiger said.