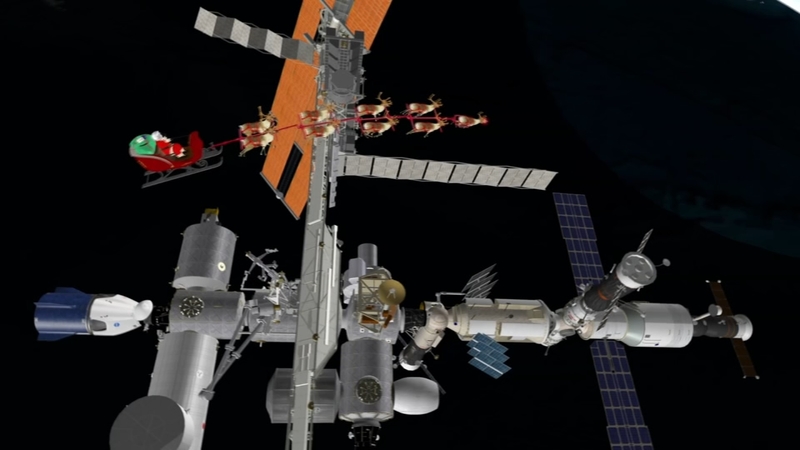 Santa Claus is making his way around the world as he works to deliver Christmas gifts to children across the globe.

Santa even visited the astronauts aboard the International Space Station.

Are you waiting up for a visit from Santa’s sleigh? Our @NASA_Astronauts are doing the same! This year @NORADSanta is making a special stop to the International @Space_Station to deliver presents.

NORAD released video of Santa and his reindeer flying around the ISS during his trip.

Santa's suit is magical, so he doesn't require a spacesuit, but he does have a special astronaut helmet!

NORAD has been tracking Santa for 65 years.