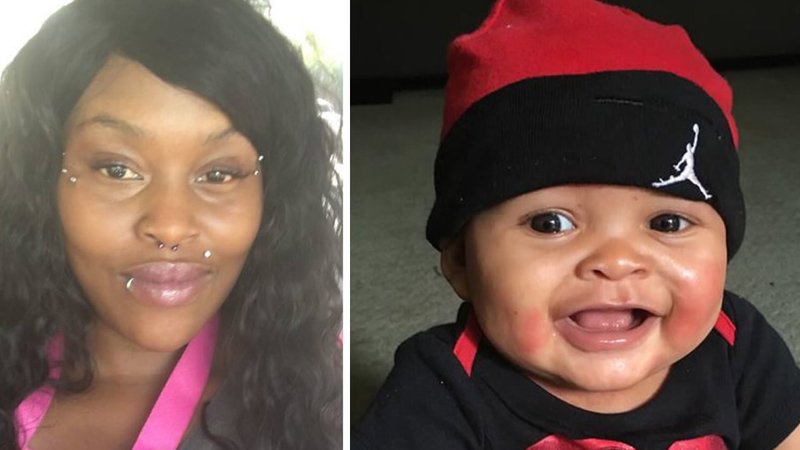 SAN JOSE, Calif. (KGO) -- The Santa Clara County District Attorney's office needs the public's help in finding a mother and her son. Prosecutors say that Satima Purnell took off with her son soon after losing custody.

The Santa Clara County district attorney's office deals with parental child abductions regularly, but the urgency in finding 10-month-old Davione is due to what may be a serious health condition.

"We don't know the extent of his medical condition because she hasn't finished those medical tests in that regard, and so we have reason to believe that there's something serious going on with him, but we don't know because she abducted her child," said Santa Clara Co. Dep. District Attorney James Cahan.

The D.A.'s office says Satima Purnell took off with her son soon after the court informed her on July 9 that family child services was taking custody of the child. Investigators have been looking for them ever since and now they're turning to the public for help. They say Purnell has many distinguishing features, including facial piercings and multiple tattoos, including a teddy bear on her left bicep. They say she may also be driving a four-door silver Hyundai with license plate number 6BXN752.

"She has ties to San Jose, but she's mobile. We know she can move around, but we have reason to believe she's in Santa Clara County," said Purnell.

The DA's office won't say why Purnell lost custody in the first place, but records indicate she's been in trouble with the law at least twice in the past 10 years.