Surveillance video shows the moment a school bus collided with two vehicles in El Sobrante. Twelve people were hurt, including a pregnant woman and seven children.

EL SOBRANTE, Calif. (KGO) -- A major accident involving a school bus Tuesday morning in El Sobrante sent 12 people to the hospital with at least two of them seriously injured.

The crash took place on busy San Pablo Dam Road at 8:08 a.m. A neighbor shared surveillance video that showed it all unfolding. A sedan in the northbound lane slowed down. A VW bug behind it put on its brakes but the Silverado truck behind it clipped the VW, pushing it into the southbound lanes where it was slammed by another white truck. The Silverado collided head on with the school bus.

Neighbor Xina Ash witnessed the accident. She described hearing metal crunching as cars hit their brakes, their tires squealing. Neighbor Cheyenne Boyer says "I ran out to the bus to render aid to the children. The bus driver was pregnant and panicked. I did what I could. "

The driver who was 34 weeks pregnant, the man who drove the VW and a passenger in the Silverado was rushed to John Muir Medical Center in Walnut Creek. Out of an abundance of caution CHP says four children were transported to Kaiser in Richmond and three children were taken to Children's Hospital Oakland. In the end the children were all deemed OK.

San Pablo Dam Rd was closed for five hours as crews worked to clean oil off the road and CHP investigated the cause of the crash. CHP spokesperson Hannah Walcott said "drugs and alcohol were not a factor. It's possibly speed combined with wet slick roadways." 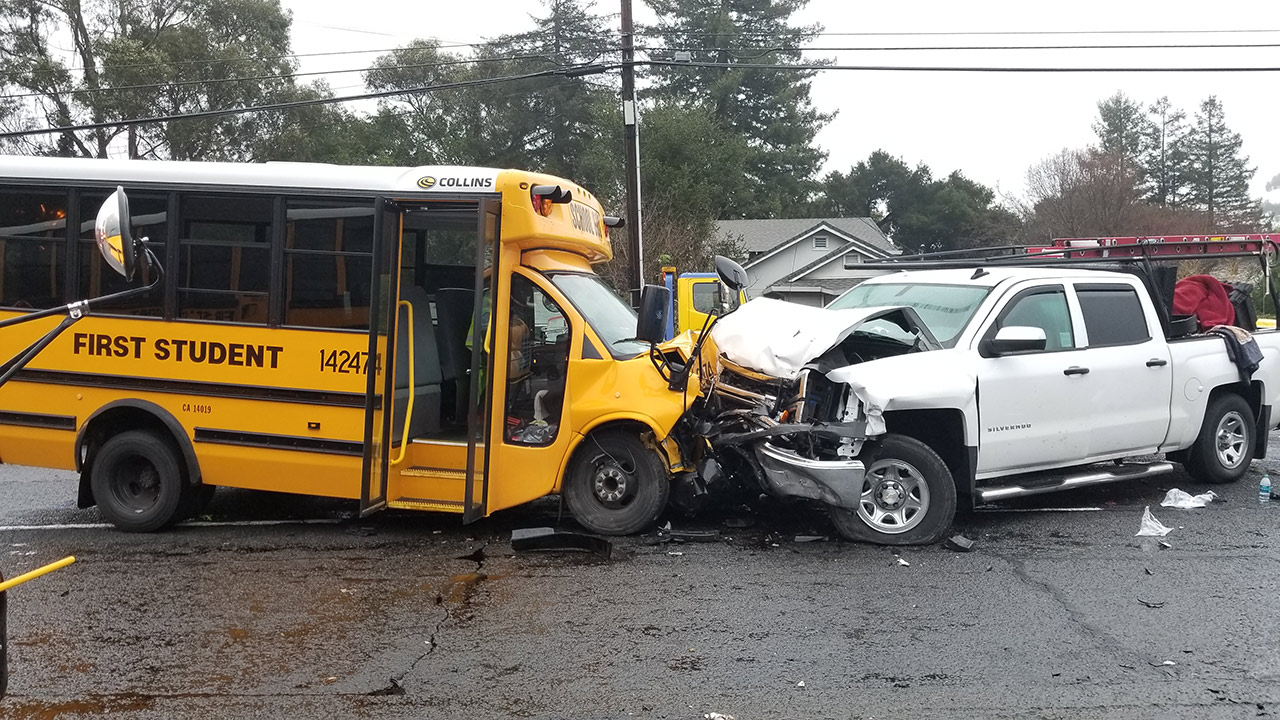