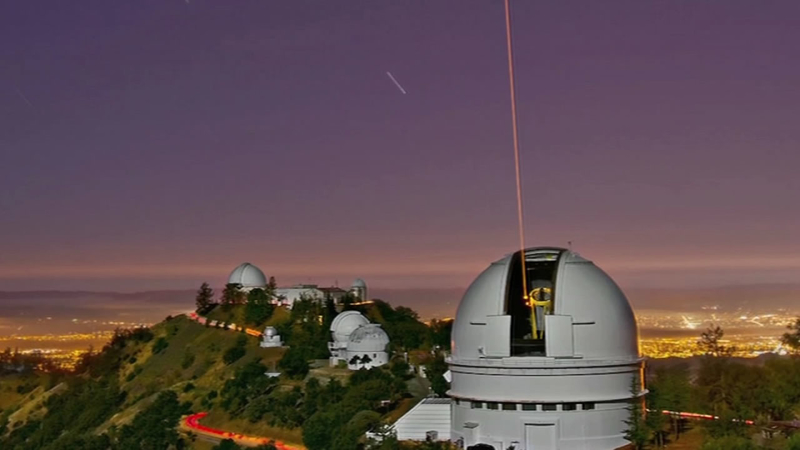 BERKELEY, Calif. (KGO) -- A group of Bay Area researchers is using a unique technology to search for life beyond earth. They're part of an effort known as SETI, or search for extraterrestrial intelligence.

Do you ever have the feeling we're not alone? Step into astronomer Dan Werthimer's office, and you may even start to believe it. Werthimer directs the SETI Research Center at Berkeley, with the mission of scanning the heavens for signs of extraterrestrial life.

"The idea is that if there are advanced civilizations they might transmit messages our way either intentionally, that would be really spectacular, if they wanted to get in touch with us," says Werthimer.

For decades, astronomers at Berkeley, and other SETI sites, have eavesdropped on space, listening mainly for radio waves. But now, that search is moving into the digital age.

"Just recently we started looking for laser signals, especially infrared laser signals. These are a color you and I can't see but it's very good for communication between the stars," Werthimer explains.

To understand why infrared light makes a good long-distance communications system, just think of the way fiber optics are used on earth. Pulses of light travel along a cable carrying information for everything from land-line telephones to the Internet.

Now forget the cables, and imagine aliens sending messages through space, using lasers shooting out infrared light. Since the beams would be invisible to the naked eye, the SETI team built their own special infrared detector. A few weeks ago, they installed the device at the Lick Observatory east of San Jose.

"And we mount it on the back of the telescope and we just tried it out, and it's working beautifully," he says.

The device is designed to spot bursts of laser light that may last for just a billionth of a second. Researchers say they'll start with a target area of about 10,000 stars.

"It would be bizarre if we are alone. The universe is probably teaming with life. Primitive life is probably everywhere Even in our own solar system Jupiter and Saturn have moons with the right conditions," Werthimer believes.

And if one of those undiscovered life forms was inclined to make a long distance call to earth, the SETI team is betting that laser light might be the quickest way to do it.