KGO
By Dan Ashley
SAN FRANCISCO (KGO) -- Scientists estimate only about 10 percent of all the species on Earth have actually been discovered, but 2014 was a very good year in that regard. Researchers with the California Academy of Sciences in San Francisco confirmed the discovery of an astounding 221 previously unknown species. They span a huge range of creatures and demonstrate there is still a lot to learn about our fragile planet.

Academy scientists are constantly traveling the world to unlock the mysteries of biology, but even when they find a plant or animal believed to be a new species, it can take years to confirm it.

In 2011, ABC7 News went along with the California Academy of Sciences on an expedition to the Philippines. That's where that's where senior scientist John McCosker, Ph.D., found a gigantic worm eel more than 3,000 feet deep in the ocean. He said, "I've discovered that it's four times the weight of the largest previously known worm eel and three times the length. That's a lot of worm eel."

McCosker was pretty sure he had a new species, but the work was just beginning. He explained, "You have to X-ray them because there are so many small bones and vertebrae within the body." Scientists also dissect the bones in the eel's throat to compare them with other known eels.

Add in D.N.A. analysis and three years of exhaustive research and McCosker finally has a confirmed new species. He says finding new forms of life is "critical to understanding life on Earth. You have to really know the cast of characters if you want to understand the ecology and the biology of the oceans."

Other new species confirmed by Academy scientists last year include a tiny elephant shrew, 110 species of ants, colorful sea slugs, a ghost fish from New Zealand, and fossilized teeth that prove the existence of an ancient megamouth shark.

When possible a sample of each species is preserved for future research. But it takes live specimens to learn how animals actually behave and what they need to survive.

Academy biologist Dave Blackburn points out "We have more than 6,500 species of frogs that have names, but we know so little about most of the species. So for many of them, we know they exist and that's it."

One barely known species is the Lake Oku Clawed Frog from Cameroon in Africa. It was discovered two decades ago and is now critically endangered. Academy scientists recently flew some of the Lake Oku frogs 8,000 miles to study and display them at the aquarium in Golden Gate Park. Academy scientists have had a lot of success breeding other better known frogs, and they hope to learn to breed the clawed frogs to help insure their species' survival.

They already know the frogs have one very unusual feature -- giant tadpoles. The tadpoles actually grow larger than the adults before they metamorphosize.

Some of the adult frogs are now on display for visitors. While behind the scenes, researchers are trying to learn more about them. "We are hoping to unlock those secrets and crack the code on how to breed these guys," biologist Nicole Cheney said.

The Lake Oku Clawed Frogs have already laid a lot of eggs and the tadpoles hatched. But biologists are still experimenting with water quality and food to figure what it will take to get the tiny tadpoles to grow as large as they do in the wild.

Scientists say this is a great age of discovery for new species of amphibians, but at least a third of amphibians are threatened with extinction and we know so little about many others, it's impossible to evaluate their status in the wild. 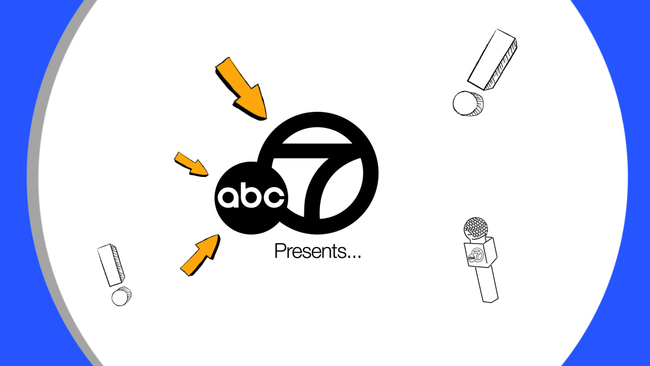 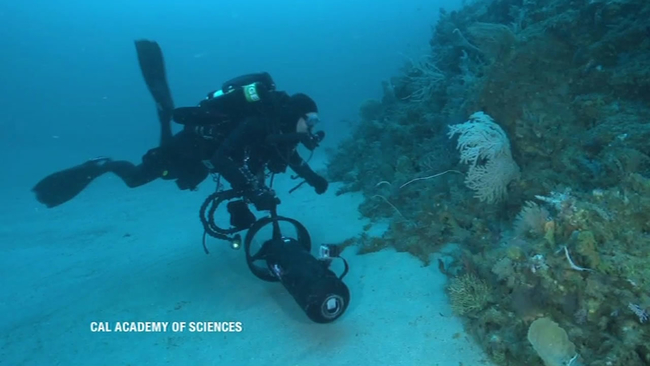