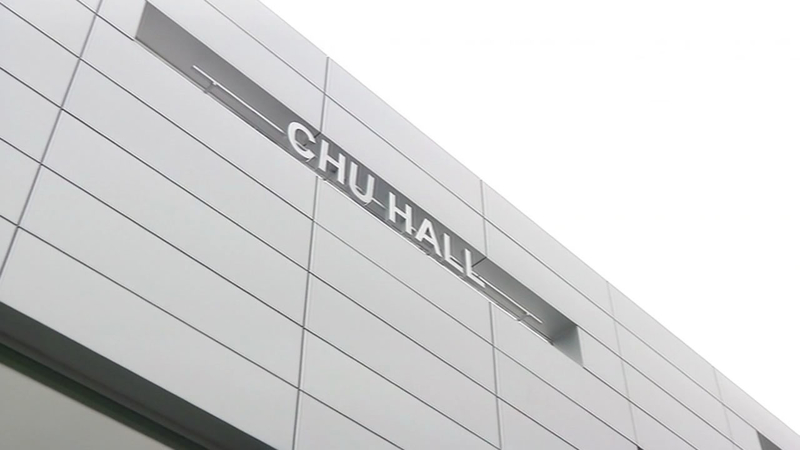 BERKELEY, Calif. (KGO) -- A Nobel Prize winner cut the ribbon Tuesday on a building named in his honor at the Lawrence Berkeley National Lab.

The new building consists of a high tech facility where scientists are already making discoveries in the quest to replace fossil fuel with sunlight.

The Simons family just gave money toward a building named after Steven Chu, former United States Energy Secretary from 2009 to 2013 who once ran the Lawrence Berkeley National Lab.

"It feels great, but it's going to feel even better when these guys actually produce stuff that will really change the world," Chu said

And it starts with bubbles. Chu toured the lab where scientists are splitting water into hydrogen and oxygen, in a process powered only by sunlight. It's the first step in artificial photosynthesis using sunlight, water and carbon dioxide to make energy the same way plants do.

"The risks of climate change are very, very real, but if the solution costs three times as much, it's not going to be used. It really has to be competitive with fossil fuel," Chu said.

Chu says it has to work like fossil fuel, which is the goal of this lab, using the sun's energy to recycle carbon dioxide into a liquid that burns like gasoline.

"I'm confident that electric vehicles will become a very big deal, I'm less confident we'll be seeing electric airplanes in the near future or or electric boats and long haul trucks," Chu said.

One key function of the new building is performing experiments that require sunlight at all hours of day and night, using artificial sunlight generators.

"It's a grand challenge and it will engage the best minds," said Paul Alivisatos, Lawrence Berkeley Lab director.

The nearly 40,000-square-foot three-story building cost $54 million to build and can accommodate about 100 employees, according to lab officials.

The building will also house the lab's programs in the Joint Center for Artificial Photosynthesis, a Department of Energy hub led by the California Institute of Technology, according to lab officials.