The International Space Station (ISS) is seen from NASA space shuttle Endeavour with planet Earth in the background in a 2011 file photo. (NASA via Getty Images)

Monday marks 15 years since crews first came aboard the International Space Station, and it's been occupied ever since. The milestone is no small step for those of us living back on the home planet. The station has enabled scientific experiments, facilitated international friendships and paved the way for the future of space exploration.

Here are five reasons to wish the ISS a happy birthday.

It's brought the world together 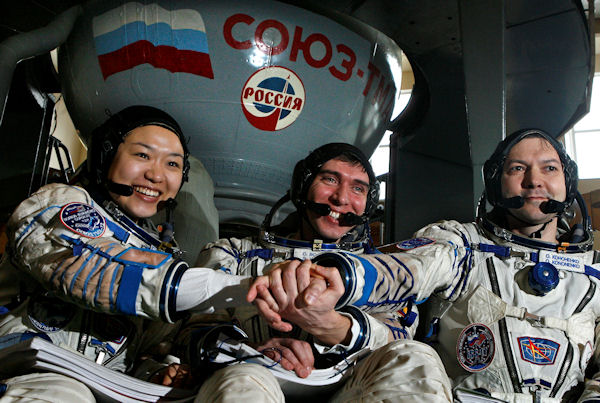 Space lovers from more than 17 countries have visited the ISS, according to NASA. Among this group are space tourists from the U.S. and Canada, as well as South Korea's first astronaut, Yi So-yeon.

It's improving life back on Earth

The lack of gravity aboard ISS enables scientists to perform research they wouldn't otherwise be able to do. The work of scientists in space helps scientists on Earth improve water purity, air quality and even medical treatments. The Muscular Dystrophy Association credited advances made aboard the station for helping to create a more powerful way to fight Duchenne muscular dystrophy (DMD).

It's helping humanity make it to Mars

The ISS helps scientists explore several topics they want to have down before they send anyone to Mars, such as the effects of long-term space travel on astronauts and what communication with the crew would be like.

Earthlings get to see what living in space is really like

We have a pretty good idea of what day-to-day life is like for astronauts thanks to correspondence from the ISS. In one of the most extensive looks at space living, former Commander Sunita Williams gave a tour of the station in 2012. She demonstrated how nighttime on the ISS is like a zero-gravity sleepover, where one sleep pod is in the "floor" and another is in the "ceiling."

It's good for a laugh

Sure, the ISS enables countless scientific discoveries, but more importantly, the zero-gravity environment turns the smart men and women who work there into a bunch of big kids. In 2014 they sent down a video of what it looks like to play with bubbles in space. Cue astronaut giggles.
Related topics:
sciencedistractionbuzzworthynasahistorywatercooleru.s. & worldspaceinternational space station
Copyright © 2021 KGO-TV. All Rights Reserved.
DISTRACTION