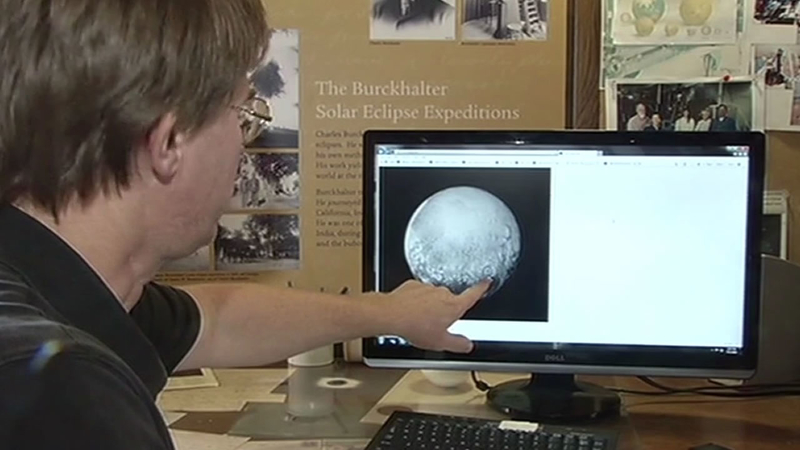 OAKLAND, Calif. (KGO) -- Something truly awe-inspiring will take place just hours from now. For nearly a decade, NASA's New Horizons Space probe has been flying toward Pluto and it is now very close. Soon, we should see stunning images from three billion miles away.

Ever since Clyde Tombaugh discovered Pluto in 1930, it's been a spec of light in space. Little has been known or taught about Pluto.

Scientists at the Chabot Space and Science Center in Oakland are also awaiting the exciting information that will be sent back to Earth in a matter of hours, at the speed of light.

"We knew it was going be interesting, but I think it's showing things that outstripped even what the artists were imagining," Ben Burress, a Chabot Space & Science Center astronomer, said. "The resolution of the pictures, as far as surface detail on Pluto goes, should get down to like 100 feet per pixel, which is incredible. They'll be stunning."