KGO
By Kristen Sze
SAN FRANCISCO (KGO) -- A fascinating expedition just wrapped up off the coast here in Northern California.

Scientists led a live exploration of the wreckage of a World War II aircraft carrier.

No one has seen the U.S.S. Independence in the past 65 years, which sits on the bottom of the Pacific Ocean.

The aircraft carrier played a major role in the fight against Japan until it was intentionally sunk near the Farallon Islands, 30 miles from Half Moon Bay.

The U.S. Geological Survey found it 40 years later, while mapping the sea floor.

Scientists, led by San Jose native James Delgado, were onboard an exploration ship which used two ROV's to explore the wreckage.

Using the latest technology, their discovery was broadcast live on the web until 2 p.m.

The pictures show that the ship is still upright and perfectly preserved. One of the rover's arms collected samples of the massive sponges, which will be tested for radioactivity.

The Independence was involved in the testing of nuclear bombs but scientists say the contamination risk is minimal because water is a great buffer.
Related topics:
sciencesan franciscohalf moon bayphotosshipwrecktechnologyworld war iiu.s. & worldscience
Copyright © 2020 KGO-TV. All Rights Reserved.
SHIPWRECK 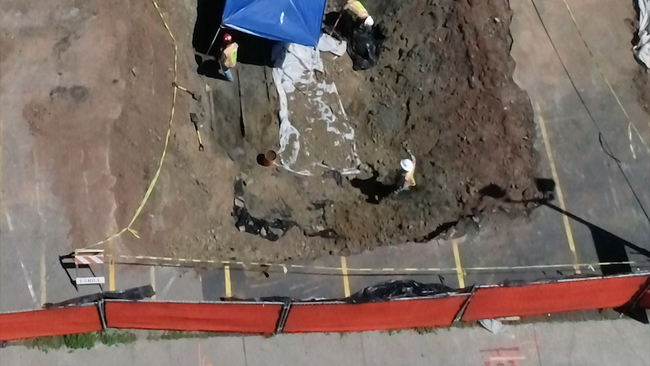 Archeologist sift for clues to San Francisco's Gold Rush past 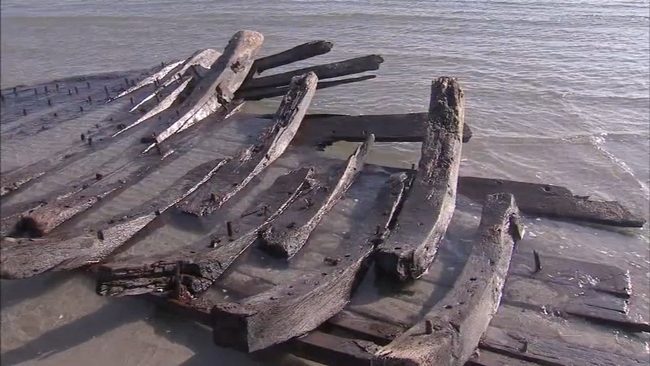