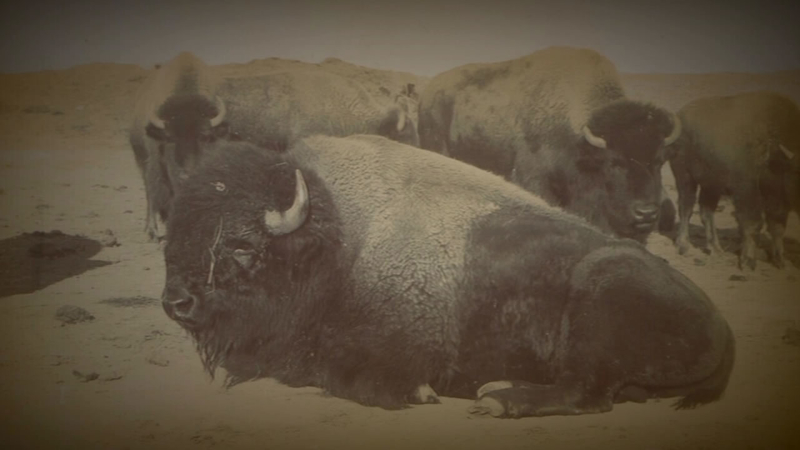 BERKELEY, Calif. (KGO) -- Dinosaurs are probably what most of us think of when we think of extinction, but it turns out that many species around us are disappearing at an alarming rate. There are now a growing number of scientists, including ones in the Bay Area, who believe we are heading towards the next major mass extinction period right now.

Paul Ehrlich is a senior fellow at the Stanford Woods Institute. "There's a recent estimate that about half of the wildlife of the planet has disappeared in the last 50 years or so," said Erhlich.

Barnosky runs the Barnosky Lab at UC Berkeley. "A mass extinction is when about three out of four familiar species go extinct in a very short amount of time," said Barnosky.

Barnosky and Erlich teamed up with some of the top scientists in the world to write this paper in the journal science advances. Its findings are alarming.

Using the most conservative assumptions, they found average rate of vertebrate species lost over the past century is 114 percent higher what they expected.

"We're witnessing a faster pace of extinction than we have seen since the dinosaurs went extinct," said Barnosky.

The last mass extinction was some 65 million years ago. It killed off the dinosaurs, ridding the planet of up to 96 percent of its species. Most extinction occurs over tens of thousands of years. This one is different.

It is happening around the world to animals big and small, and experts says you don't have to look any further our own state to see what's happening.

The California grizzly bear on the state's flag is already extinct, and the state's official tree, reptile, and amphibian are all threatened with extinction.

"As far as we know, this is the first time that a single species has been responsible for a mass extinction, Erlich said.

Population growth, industrialization, deforestation, and climate change are all factors.

"What's important to remember, is that the other organisms, the other plants and animals, and microorganisms are our life support system we wipe them out, we are sawing off the limb we're sitting on," said Erhlich.

Though humans are largely to blame, scientists say things can be turned around. They point to the success breeders had bringing the American bison back from near extinction.

"The good news is that most of what we want to save is out there to be saved," said Barnosky, adding that, "The bad news is if we don't step up our efforts to save those species they are going to be gone and that's what's going to bring on the sixth mass extinction."

How long will it take? That's the big question. Scientists don't know, but they expect that humans will ultimately survive. They will just have to adapt.