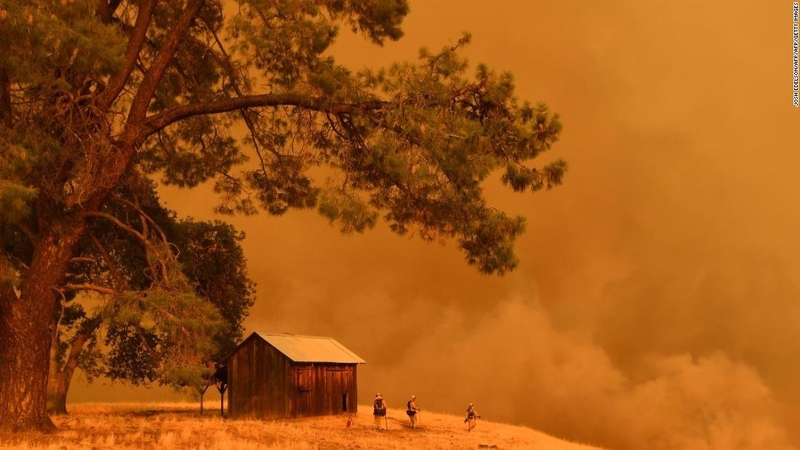 The National Climate Assessment was written long before the deadly fires in California this month and before Hurricanes Florence and Michael raked the East Coast and Florida. It says warming-charged extremes "have already become more frequent, intense, widespread or of long duration." The report notes the last few years have smashed U.S. records for damaging weather, costing nearly $400 billion since 2015.

The recent Northern California wildfires can be attributed to climate change, but there was less of a connection to those in Southern California, said co-author William Hohenstein of the U.S. Department of Agriculture.

"A warm, dry climate has increased the areas burned over the last 20 years," he said at a press conference Friday.

The report is mandated by law every few years and is based on more than 1,000 previous research studies. It details how global warming from the burning of coal, oil and gas is hurting each region of the United States and how it impacts different sectors of the economy, including energy and agriculture.

"Climate change is transforming where and how we live and presents growing challenges to human health and quality of life, the economy, and the natural systems that support us," the report says.

That includes worsening air pollution causing heart and lung problems, more diseases from insects, the potential for a jump in deaths during heat waves, and nastier allergies.

"Annual losses in some economic sectors are projected to reach hundreds of billions of dollars by the end of the century - more than the current gross domestic product (GDP) of many U.S. states," the report says. It'll be especially costly on the nation's coasts because of rising seas and severe storm surges, which will lower property values. And in some areas, such as parts of Alaska and Louisiana, coastal flooding will likely force people to relocate.

"We are seeing the things we said would be happening, happen now in real life," said another co-author Katharine Hayhoe of Texas Tech University. "As a climate scientist it is almost surreal."