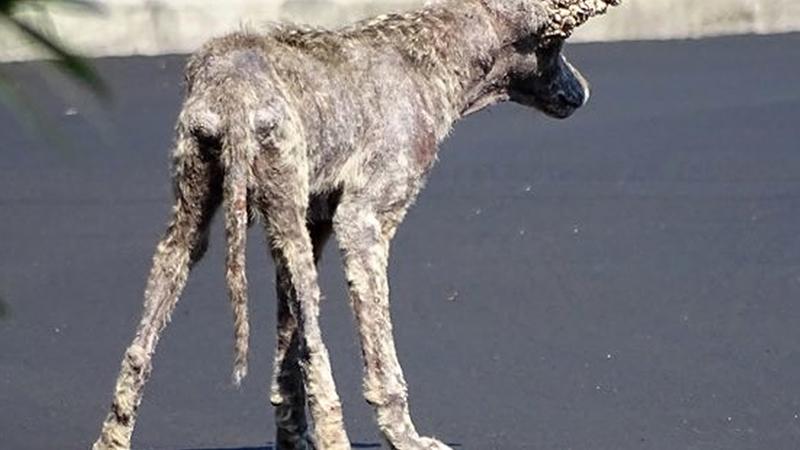 Many people want to help the coyote but wildlife officials warn if you see it, don't touch it and don't feed it. The coyote is sick with mange, a skin disease, that could spread.

It's venturing into areas where there's a lot more people, looking for food.

It's been recently spotted in Downtown Danville near San Ramon Valley High School.

"It was right along El Capitan in the middle of the day. And it was crossing the street," said Pan. "It was a very sad looking."

Rebecca Dmytryck with Wildlife Emergency Services says they want to catch the coyote then take it to a Bay Area animal hospital.

"This coyote needs helps. He's suffering from a severe case of mange which is caused by mites and causes hair loss," said Dmytryck.

The coyote was last spotted on Del Amigo Road and Danville Boulevard near the Iron Horse Trail. It was also seen near Charlotte Wood Middle School. Some people are nervous knowing this coyote is living nearby.

"It frightens me because it does look very sick and very emaciated and I have this little dog and she would be just a morsel for a coyote," said Connie Kochis, a Danville resident.

Dmytryck says mange can be transmitted to pets and people but only if you get very close.