SAN DIEGO, Calif. -- SeaWorld euthanized one of the entertainment company's last killer whales to come from the wild, marking the third orca death this year at one of its marine parks.

Kasatka died Tuesday evening "surrounded by members of her pod, as well as the veterinarians and caretakers who loved her," after battling lung disease for years, the company said in a statement. Veterinarians at its San Diego park made the difficult decision to euthanize her after her health started to decline in recent days despite treatment, which included a custom-built inhaler that allowed the medicine to go directly to her lungs.

She was estimated to be 42 years old - SeaWorld's second-oldest orca after Corky, which is believed to be 53. Female orcas typically live about 50 years, according to National Oceanic and Atmospheric Administration figures.

"Although I am heartbroken, I am grateful for the special time we had together and for the difference she has made for wild orcas by all that we have learned from her," Burtis said in a statement. "I adored Kasatka and loved sharing her with millions of people. I will miss her very much."

SeaWorld has not collected a wild orca in nearly 40 years, and most of its orcas were born in captivity. Kasatka was captured near Iceland in 1978.

Her death comes less than a month after a 3-month-old killer whale, named Kyara, born in captivity under SeaWorld's former orca-breeding program, died at the company's San Antonio park after suffering from pneumonia.

SeaWorld announced the end of its breeding program in March 2016, following years of pressure from animal rights protests and shifting public opinion about orcas being held in captivity.

Tilikum, which sired 14 calves over nearly 25 years in Orlando, died of bacterial pneumonia in January.

Tilikum killed trainer Dawn Brancheau in Orlando in 2010 by dragging her into the pool before shocked visitors after a "Dine with Shamu" show. Following the trainer's death, criticism of the company intensified with the 2013 release of "Blackfish," a documentary critical of SeaWorld's orca care that focused on Tilikum.

Since then, SeaWorld has decided to phase out its world-famous killer whale performances by 2019.

SeaWorld has 21 orcas left in the U.S. The youngest, Amaya, was born in December 2014. All the orcas are expected to remain on display and available for researchers for years to come in Orlando, San Diego and San Antonio.

The local group of the People for the Ethical Treatment of Animals planned to hold a gathering near the San Diego park Wednesday as a memorial to Kasatka. The group is calling for the company to release all of SeaWorld's orcas to sea pens or coastal sanctuaries.

"The abusement park didn't even respect this orca enough to give her a good-quality life, and it needs to send the remaining marine mammals to seaside sanctuaries before they follow Kasatka_and the 40 orcas before her_to the grave," PETA Senior Vice President Tracy Reiman said in a statement.

Kasatka was listed by PETA as a plaintiff in a 2012 lawsuit that asked a federal court to grant five orcas constitutional rights and allow them to accuse the park of violating the anti-slavery 13th Amendment because they were being forced to perform at the marine parks. The judge dismissed the unprecedented lawsuit. 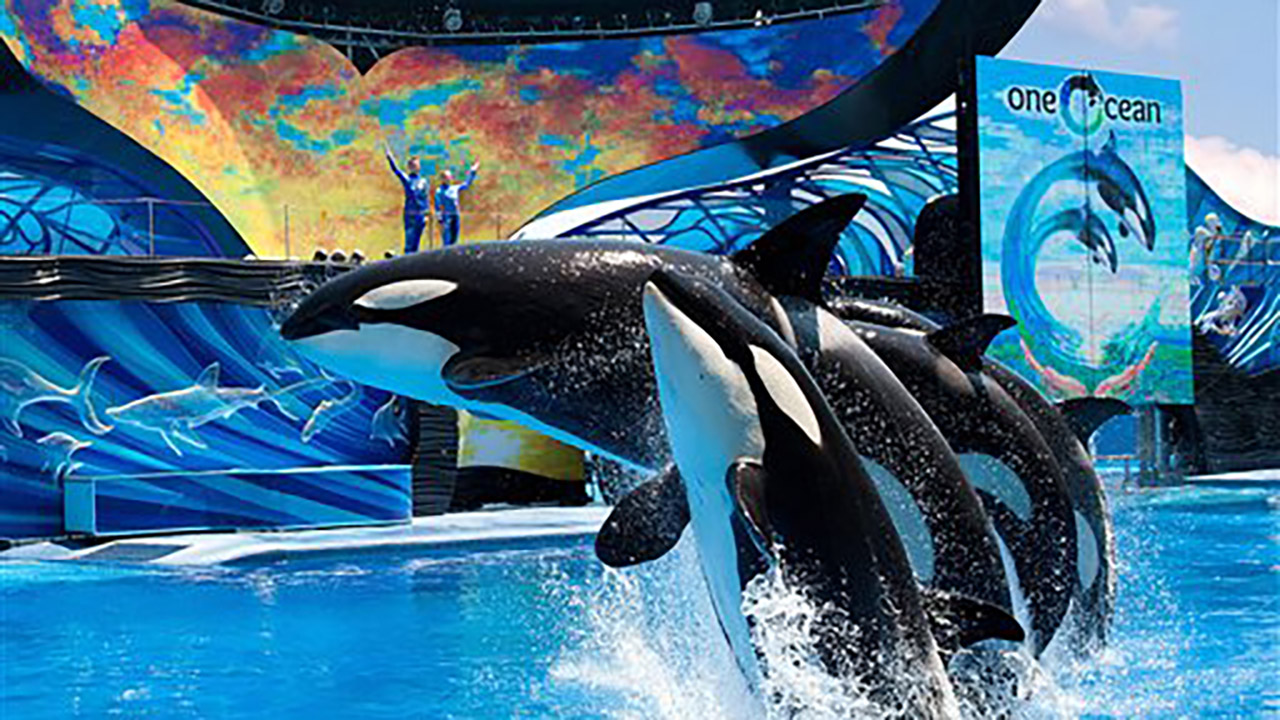 SeaWorld prepares for final orca birth in its parks

Tilikum, a SeaWorld Killer Whale Featured in 'Blackfish,' Has Died