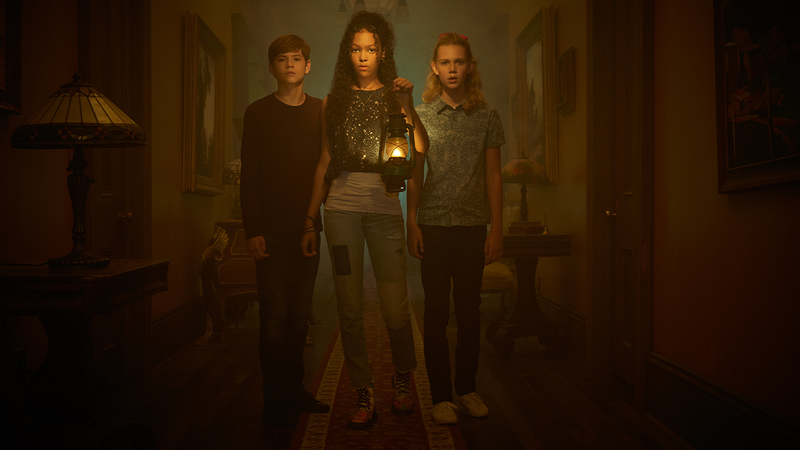 NEW YORK -- Disney Channel's "Secrets of Sulphur Springs" is back for season 2!

This season, the story of the Tremont continues with some characters, and newcomers in the cast venturing back into the 1930s.

Kyliegh Curran plays Harper, the great-granddaughter and lookalike of Daisy. So the young actress is now taking on both roles.

"I was so excited. I love a good challenge, and playing Daisy and Harper was definitely a big challenge," Kyliegh said.

"Playing a 1930s character is so interesting. There's a lot of stuff, good and bad, that's happened in the 1930s that is definitely expressed in the show," he said.

Also still time jumping is the very popular character of Savannah. Everyone thought she was the ghost of the Tremont last season, but they were wrong.

"I like to play in the 1960s where Savannah is with her family, I like the old cars and the clothes, and I like the people that are there," said Elle Graham, "Savannah Dillon."

As the mystery deepens more of the series' skeptical characters are starting to believe in the paranormal.

"I think the biggest change this season was the parents start to believe in the ghosts. Up until then it was, ghosts don't exist, blah, blah, blah. And even Griffin wasn't sure he believed in ghosts. Harper did, but he didn't," said Charles Pratt, Jr., Showrunner/Executive Producer.

Sarah, played by Kelly (Frye), her character definitely starts to believe it more in this season, the whole family the twins have always been obsessed with it, and Ben, he's starting to talk about it and is interested in it. So the Tremont and the whole family living in the Tremont definitely starts to believe in the paranormal this season," said Preston Oliver, "Griffin Campbell."

Another change, this season is scarier!

"I think we found after the first season that we could push it a little bit more than we did. Because our theory was, let's give jump scares, let's quickly resolve them so the youngest kids in the audience aren't too scared," said Tracey Thomson, Creator/Executive Producer. "We found that the audience wanted more, so we were able to push it a little bit more this season. We have more jump scares, that's more ghosts."

The premiere of #SecretsOfSulphurSprings season 2 is creeping towards us 🔦 Catch it on January 14th on #DisneyChannel! pic.twitter.com/OuaEAdDrG9