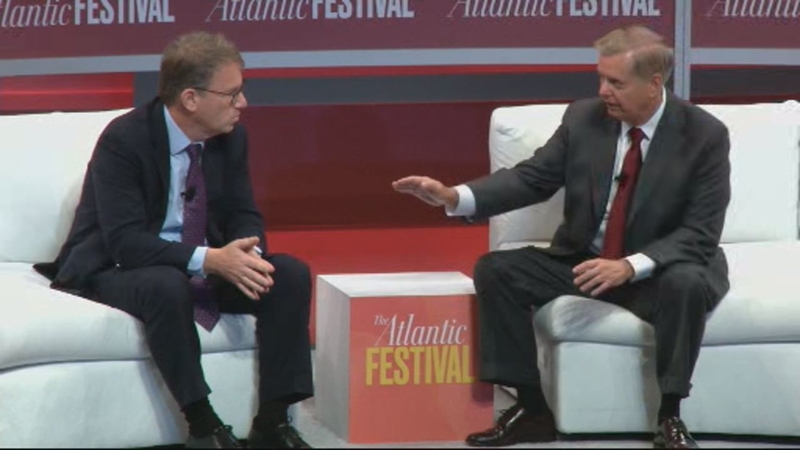 "Everything he said was factual. He's frustrated his nominee has been treated so badly", said Graham during an interview with the Atlantic's Jeffrey Goldberg.

"Factual? It was a personal degrading attack on someone who is private citizen," questioned Goldberg.

"Well, you know. Here's what's personally degrading. This what you get when you go through a trailer park with a $100 bill," said Graham.

That "trailer park" comment was a reference to a remark made by James Carville, a strategist to former president Bill Clinton.

Carville made a derogatory remark after Paula Jones accused Clinton of sexually harassing her in a Little Rock hotel room in the 1990's.

"If you drag a hundred dollar bill through a trailer park, you never know what you'll find," said Carville.

On Wednesday, Graham alluded to the fact that people don't always get treated with respect during high-profile cases.

"I know what can happen to a woman who comes forward in a political environment, said Graham.

Republican Sen. Lindsey Graham says the Democrats' treatment of Supreme Court nominee Brett Kavanaugh is the "most despicable thing" he has seen in politics.