KGO
By by Leslie Brinkley
OAKLAND, Calif. (KGO) -- Seniors across the East Bay bid goodbye this week to new friends - fire evacuees who they had welcomed into their apartments for shelter.

One couple remembered their evacuation during the Oakland fire storm in 1992 and said now they had a chance to return the favor.

Art Bernstein and his wife Cathy enjoyed the company of an 87-year-old Santa Rosa evacuee for eight days. He slept on their futon and was one of 77 seniors who took refuge at Saint Paul's Towers in downtown Oakland. They described the scene of the evacuees arriving as similar to a tour group checking in at a hotel.

"Being given the opportunity to care for those we didn't even know was a gift," she said.

At Byron Park in Walnut Creek, it was a similar scenario - scrambling to get beds into vacant units to welcome evacuees .

Byron Park marketing manager Vanessa Paez says, "We all felt heartbreak. So the fact that we could even help three families, you know, that doesn't sound like a lot. But that's everything to them."

As most of the evacuees left to go back home to Santa Rosa this week, there were even plots to plan parties to get everyone together again. 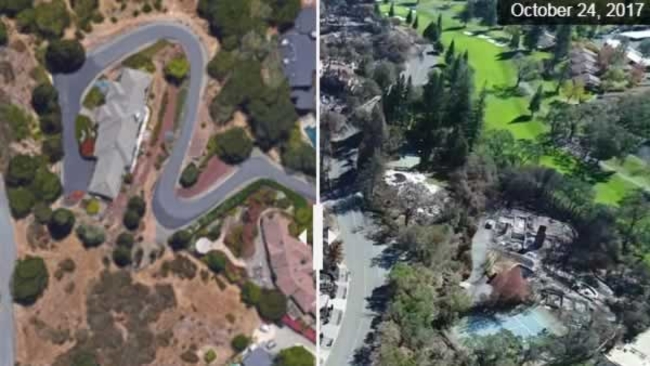